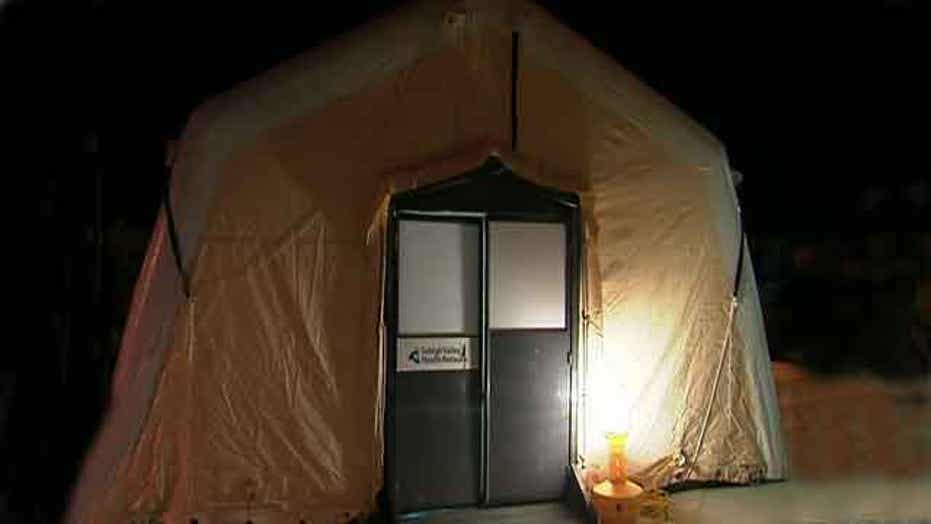 With more than half of U.S. states experiencing high levels of flu-like illness -- and flu activity continuing to rise, ERs across the country are seeing a surge in business -- and some are struggling to keep up.

Currently, 29 states and New York City are reporting high levels of influenza-like-illness (ILI), and another nine states are reporting moderate levels of ILI. This season, 18 children have died from flu-associated deaths.

This year's predominant flu (76 percent) is very similar to a type that caused a severe season in 2003-2004, when the flu shot wasn't a good match and there were more than 40,000 associated deaths, said Dr. Marc Siegel, a member of the Fox News Medical A Team.

Illinois has been hit the hardest, according to the Illinois Department of Health; and 11 Chicago-area hospitals are now on bypass status, meaning they are so swamped with flu patients, they have to turn sick people away.

Melaney Arnold, spokeswoman for the Illinois Dept. of Health, said nearly 150 people have been admitted to intensive care units with the flu this season, and five have died.

Northwestern Medical Center in Chicago is one example of a hospital on bypass status. So if you're in an ambulance because you have the flu, this hospital will have to turn you away. That doesn't mean people can't walk in there and still get treatment if they're OK to do so, but it's going to be a long wait.

The Advocate Good Samaritan Hospital in Downers Grove, Ill., reported that its emergency room has up to a three-hour wait, and a Good Samaritan doctor described the situation as "chaotic."

"It's not like you can just see them and out the door they go. They're here for a while unfortunately, getting treatments," said Dr. Tom Mullin of Good Samaritan. "Most of them we can fortunately discharge them home and treat them as an outpatient. But, it's wreaking havoc on every emergency department in the city and the suburbs, I'll tell you that."

Mary Anderson, infection control manager at Edward Hospital in Chicago, said the hospital normally sees an average of 200 cases per season. But as of last week the hospital already has seen more than 260 confirmed cases.

In Rockville, Md., emergency room visits are up 20 to 50 percent, according to Dr. Michael Kerr, chief of staff and chairman of the department of Emergency Medicine at Medstar Montgomery Medical Center in Olney, according to wusa9.com. Kerr said the problem is area-wide, and extra doctors and nurses are on-hand to deal with swamped waiting rooms.

In Pennsylvania, Lehigh Valley Hospital-Cedar Crest has set up a 'flu tent' to treat the overwhelming amount of patients coming through, according to nbcphiladelphia.com.

Terry Burger, hospital director of infection control at Lehigh, said, "If we can remove them from the main ED and put them in environment where everyone is masked and everyone can be protected, it's safer for them and certainly safer for the staff."

Click here for more from the CDC's FluView report.