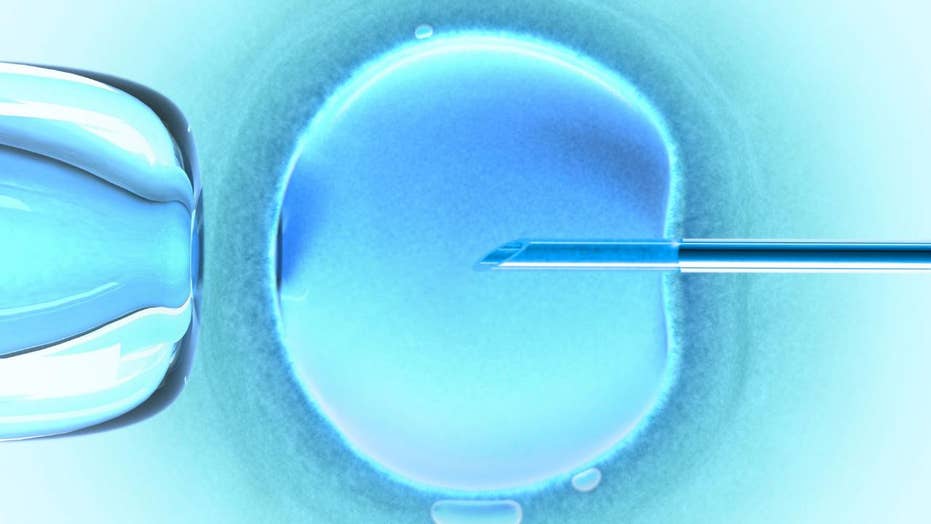 In a medical first, Ashleigh Coulter gave birth to a son both she and her wife Bliss Coulter carried, thanks to a breakthrough method of in vitro fertilization called Effortless Reciprocal IVF.

In a medical first, two mothers have carried the same baby: Ashleigh Coulter gave birth to a son both she and her wife Bliss Coulter carried, thanks to a breakthrough method of in vitro fertilization.

The method, called Effortless Reciprocal IVF, allowed Bliss to incubate her own embryo. Then, the embryo was placed inside Ashleigh, where it grew until she delivered: In June, Stetson was born at a healthy 8 pounds, 3 ounces.

“I’m excited to put all this in his baby book!” Ashleigh, 29, tells The Post of the medical breakthrough.

The couple from Texas sought out the treatment because they wanted a way for both of them to be involved in the pregnancy. And simply using a sperm donor would have meant only one of them could have carried the child — then, “the other partner has to adopt a child,” Ashleigh says.

But a friend referred them to Dr. Kathy Doody, a fertility specialist from the C.A.R.E Fertility Clinic in Texas, who had done similar work with IVF. Doody had the idea to involve both mothers, which instantly appealed to the Coulters.

“I’ve wanted to be a mother since as long as I could remember,” Ashleigh says. Bliss, 37, adds that the idea of getting pregnant didn’t appeal much to her — until she fell in love with Ashleigh, then learned she could have her own baby without carrying it.

In August 2017, doctors harvested Bliss’ eggs and inseminated them in their lab with donated sperm. Then, they placed Bliss’ fertilized eggs in what Doody calls an INVOcell, and placed the cell in Bliss’ cervix for five days while the eggs incubated and an embryo formed.

“It was so exciting knowing that I was growing my own biological child inside of me,” Bliss says.

The embryo was then removed and placed in Ashleigh’s uterus. They waited 10 days to make sure the transition would work.

“Those were the longest 10 days of our lives — no one had ever done it, so we didn’t know if it was going to work,” Ashleigh says.

When Doody told them the good news, “we screamed,” Ashleigh says.

“When we found out we were pregnant, we were more focused on the fact that [we were going to be mothers],” Ashleigh says. “It didn’t cross our minds that we had done something that no one else had done before.”

Typically, Doody oversaw a type of IVF in which the woman who donates the egg is the one to carry the baby. With the Coulters, Bliss donated the eggs and Ashleigh carried the baby to term.

The method didn’t require much lab work since the embryo was incubated in Bliss, so it ended up costing about 50 percent less compared with traditional IVF, the couple says, adding that traditional IVF can cost as much as $30,000. Theirs cost less than $15,000.

And, the new type of IVF is a game-changer for same-sex couples like them, who both want to play a role in pregnancy. They want other parents to know that the option is available.

“It’s a great way to involve both people in the relationship,” Ashleigh says.

The couple says that even though Stetson, now almost 5 months old, only has Bliss’ DNA, he’s got a bit of both of them in his personality: “He’s loud, just like me,” Ashleigh says with a laugh.

“We worried that he wouldn’t connect to me because he has [Bliss’] DNA,” Ashleigh says. “Now that he’s here, he’s attached to my hip. Everything I was worried about went away.”