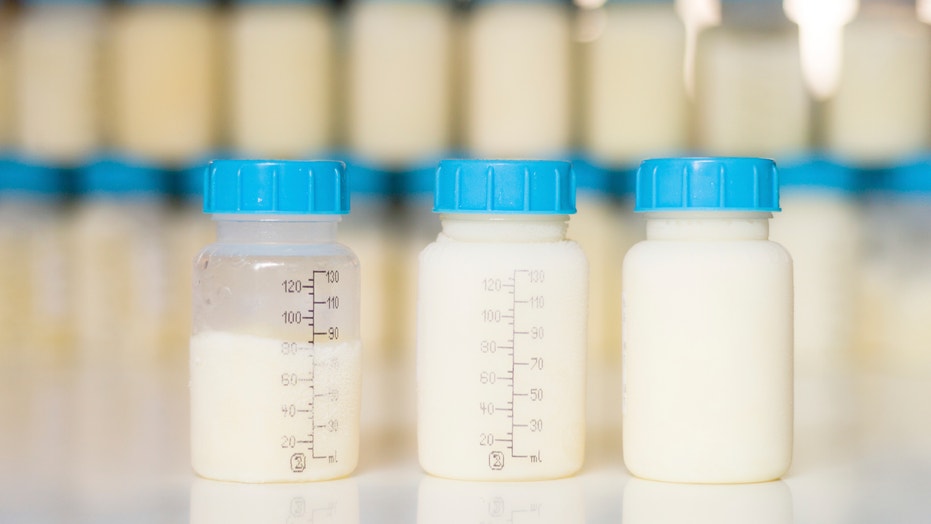 Women can experience some odd body changes after pregnancy, but for one mother in Austria, those changes were particularly unusual: A rare condition caused her to lactate from her vulva after childbirth, according to a new report of the case.

The 29-year-old woman had recently given birth to her second child when she developed severe pain on the right side of her vulva. Doctors noticed she had a lot of swelling in an area where she had received sutures, and they thought she had developed an abscess. But it was actually something much rarer.

The woman said that four days after giving birth, she developed swelling on both sides of her vulva and noticed the release of a "milky white" fluid from the area. She said she'd had similar swelling in her vulva after her first pregnancy.

Doctors then suspected that the woman had "ectopic" breast tissue, or breast tissue that's found somewhere in the body outside the breast, and the tissue was lactating.

Indeed, when doctors performed an ultrasound of the area, they could see that the tissue looked just like lactating breast tissue, except that it was on the vulva.

It appeared that the right side was particularly swollen and painful because the sutures were covering an "excretory duct" for the milk. Once these sutures were removed, the woman's pain immediately abated, according to the report, which is published in the July issue of the journal Obstetrics & Gynecology.

Dr. Richard Mayer, of the Department of Gynecology, Obstetrics and Gynecologic Endocrinology at Kepler University Hospital in Austria, who treated the patient, said he had never seen a case like this before.

About 1 percent to 5 percent of female infants are born with ectopic or "accessory" breast tissue, but it's very rare to find this tissue in the vulva, the report said. Most commonly, ectopic breast tissue occurs in the armpit area. In some cases, women have additional breast tissue with nipples or areola (the pigmented area surrounding the nipple), but in other cases, the breast tissue alone is present, without nipples or areola.

When women have ectopic breast tissue without nipples or areola, the condition is typically diagnosed in pregnancy, when it's easier to detect, Mayer said. In other cases, women may be diagnosed if the tissue becomes cancerous.

There aren't specific guidelines for treating ectopic breast tissue, the report said, but the tissue can be removed because of how it looks or because it's causing discomfort, according to a 2014 paper on accessory breast tissue in the American Journal of Roentgenology.

In the current case, the woman's pain, swelling and milk secretion in the ectopic tissue decreased over the subsequent two weeks and she was able to continue breastfeeding normally. Since ectopic breast tissue can become cancerous, doctors recommended that women who have it consider having the tissue removed.

Although the condition is rare, doctors should consider it as a possible diagnosis among women who have swelling in the vulva, especially if they are lactating, the authors said.

Are You Pregnant? 12 Early Signs of Pregnancy