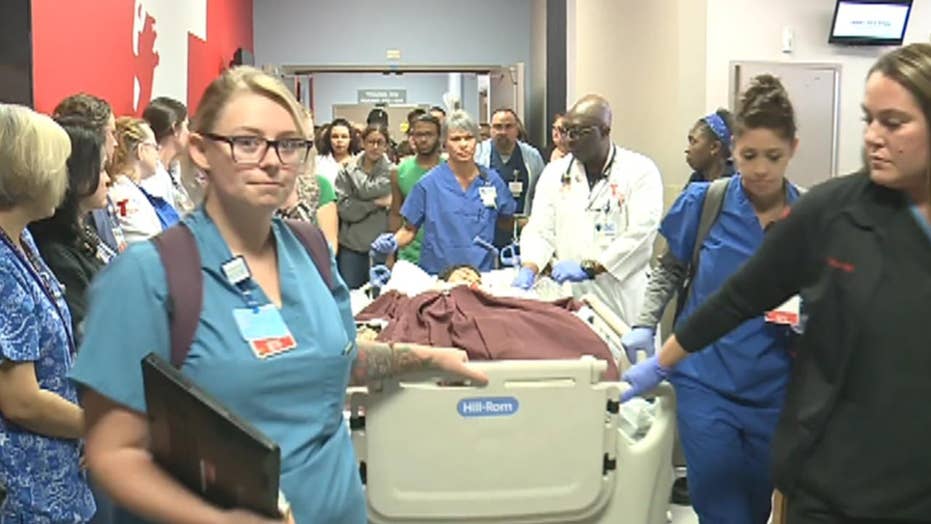 Hundreds lined the halls of a Nevada hospital as an 18-year-old boy who died in a motorcycle accident had his wish to donate his organs to others fulfilled. It was the first “Honor Walk” for The University of Medical Center of Southern Nevada, and hundreds watched as family and friends trailed Michael Sigler’s hospital bed through the halls.

Moving footage from the May 23 walk shows emotional staff holding hands and comforting Sigler’s family as they say goodbye to their son. His father is heard calling Sigler his “greatest blessing”

“It was Michael’s wish to be an organ donor,” a Facebook video from the University Medical Center of Southern Nevada said. “He had made that clear to his parents the day he bought his motorcycle, the same motorcycle he was riding when the accident happened. In tribute to Michael’s noble and selfless decision to be an organ donor, UMC hosted its first-ever Honor Walk.”

The hospital said Sigler’s organs and tissues went on to help several patients in need. Over 113,000 people are on the nation’s transplant waiting list, according to OrganDonor.gov, with an average of 20 patients dying each day while awaiting an organ. The organization said a patient is added to the waiting list every 10 minutes, but that only 36,528 transplants were performed in 2018.