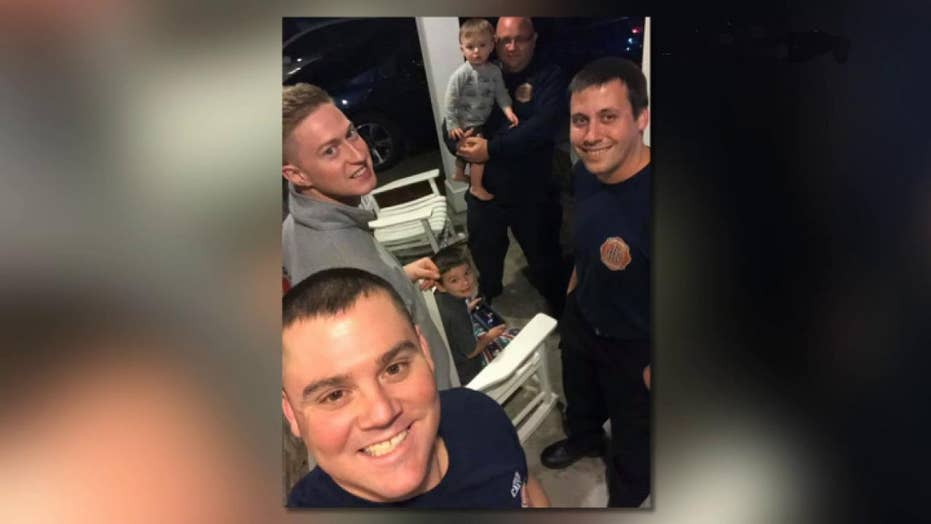 Firefighters go above and beyond the call of duty in Harrisburg, North Carolina

Firemen step up and babysit kids after parents are transported to hospital.

North Carolina firefighters responding to a medical call this week had little training for the situation they found themselves in but had no trouble stepping up to the task at hand. After determining that the family's father would have to be transported along with his wife to the hospital for medical attention, members of Harrisburg Fire Department’s Engine-3 became impromptu babysitters for their two little boys.

“We were dispatched for a medical call and [when we] got there the patient needed to be transported along with his wife, so the parents had to leave two children in the house,” Chris Carter, a Harrisburg Fire Department firefighter told Fox 46.

Though the responding firemen have no children of their own, they had been a part of a 3-year-old’s special birthday party in September, Fox 46 reported.

“We all knew what needed to be done. So we needed to get the family the medical help they needed right away and it just became natural that we were all ready to just take care of the kids until grandma and grandpa were able to get there and take over,” Lee Dewitt, another responding firefighter, told Fox 46.

The boys, ages 1 and 7, were happy to play Hot Wheels with the firemen and push them in a toy car around the block for about a half-hour before their grandparents arrived. Photos of their time with the boys were shared on Facebook, where they received nearly 2,000 reactions.