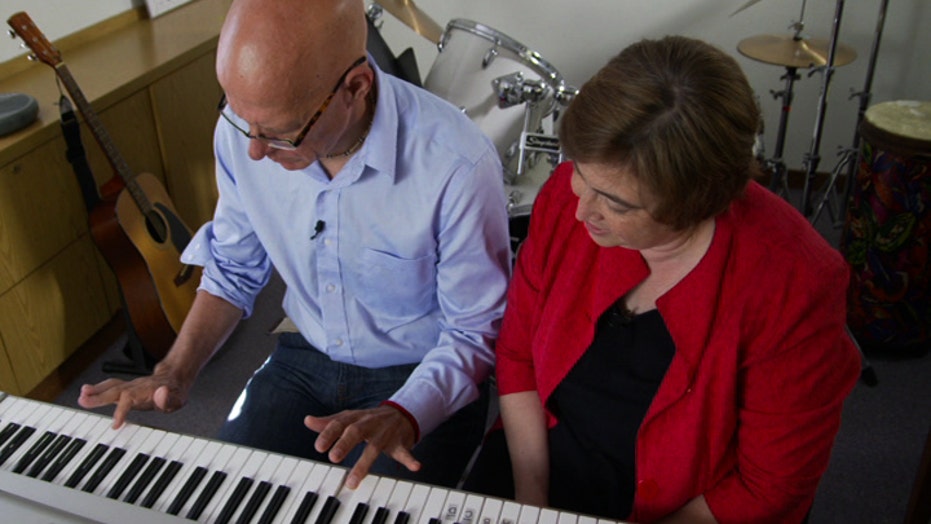 After his stroke, doctors told Bill Forester’s family he may never speak or walk again. He turned to music therapy to retrain his brain and re-learn the skills he lost

More than three years ago, Bill Forester was a much different man.

“I couldn’t do anything,” said Forester, who is now 55 and lives in Bay Village, Ohio. “I couldn’t talk.”

In August 2009, the father of five had a stroke, which left him in a coma for three days.

Doctors told his wife Lori the man she loved was lost and that he may never speak or walk again. For the first six months after the stroke, Forester could only say four words.

But, Lori knew better. She was convinced her husband would fight to get his life back.

“In his professional world, he’s always been very motivated and driven, and he basically just took that and ran with therapy,” Lori Forester said.

Forester was a public speaker before the stroke. He was a college professor, so he loved talking.

He began taking music therapy classes at the Cleveland Clinic to re-learn the skills he had lost.

"The primary thing we do is work on his speech through singing songs and then talking about the songs so he can practice his speech that way too,"  said Lisa Gallagher, a music therapist at the Cleveland Clinic.

Every week, Forester and Gallagher did finger exercises on the keyboard and guitar to help him get the strength back in his hands, as well as sing.

"Everytime I sing or talk with Lisa, it's coming back,"  Forester said.

He attended music therapy every week for one year, but now he goes sporadically.

“I mean, his speech is just amazing now,” Gallagher said. “He still has some pauses every now and then, but he talks up a storm.”

Music therapy can also be used for patients who suffer from depression, anxiety, pain, autism and cognitive disabilities.

And, Forester hopes he can one day return to teaching.

“I’m always pushing the envelope, you know, because I want my life again,” he said.