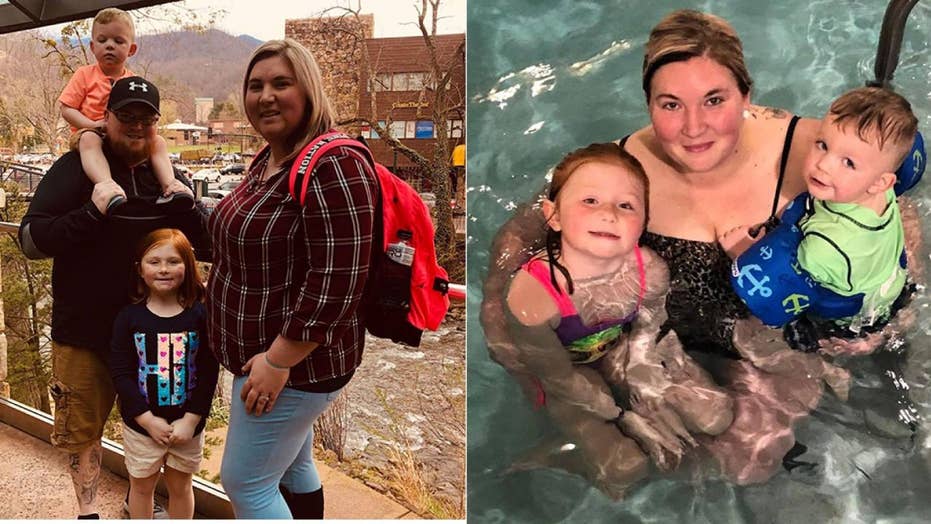 An Indianapolis mother is finally on the road to recovery after she contracted a gruesome infection while on vacation with her family that she and her doctors are pinning on the hot tub.

“Every night, Sunday, Monday, and Tuesday, we were in the hot tub and she was like, ‘That’s the only way I thought you could get this infection was from a hot tub,’” Taylor Bryant, who was spending her vacation with family in Pigeon Forge, Tennessee, told RTV6.

Bryant, who was eventually diagnosed with pseudomonas folliculitis, said her symptoms started with “feeling sick” and severe cramping in her leg on Wednesday. By the next day she landed in a nearby hospital where a doctor allegedly asked if she had been hiking. She said the rash had begun spreading up her leg and was forming blisters.

She said the rash began spreading up her leg and blistering. (Courtesy of Taylor Bryant)

She told the news outlet she had an oral antibiotic for 10 days, but her leg continued to deteriorate and she had to use a wheelchair.

Pseudomonas folliculitis, or “hot tub folliculitis” is a skin infection of the hair follicles that appears after coming into contact with bacteria contaminated water. The infection is caused by the Pseudomonas aeruginosa bacteria, which live in wet, warm areas including hot tubs, whirlpools and water slides, according to the American Osteopathic College of Dermatology (AOCD).

At one point, her doctors told her they could not rule out amputation. (Courtesy of Taylor Bryant)

Symptoms can begin as soon as within a few hours of exposure to the contaminated water. But when Bryant’s weren’t responding to the typical course of treatment, her doctors couldn’t rule out possible amputation.

She was suffering from such severe pain that she couldn't even walk. (Courtesy of Taylor Bryant)

But after beginning IV antibiotics for 20 hours a day for four days straight, the infection began to subside. Bryant told Fox News that she did file an incident report with the hotel.

“Our first family vacation,” Bryant told News 8. “What kind of luck is this?”