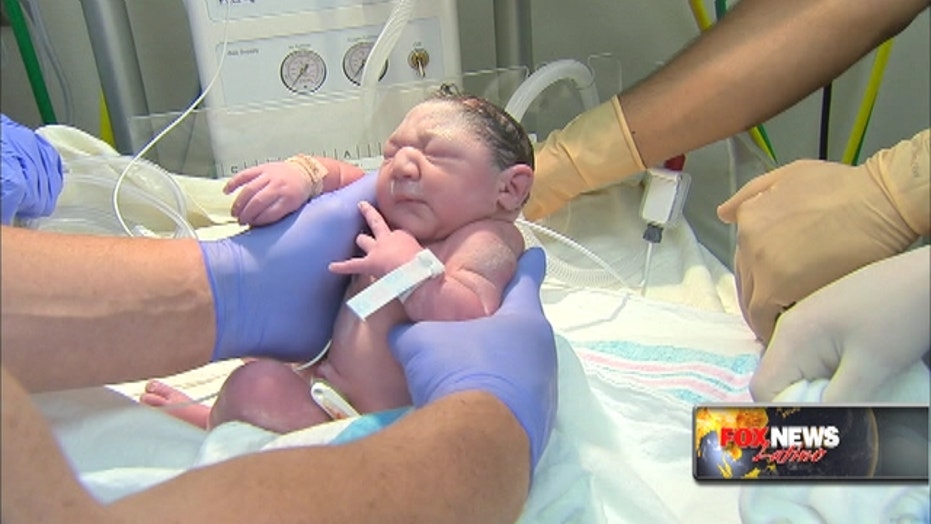 A young Honduran woman who on Tuesday delivered what is believed to be the first baby in the continental U.S. to be born with a Zika virus-related brain condition recalled in an exclusive interview how her initial symptoms were underestimated by doctors in her homeland.

It was December when a rash appeared on the 31-year-old woman, whose name is being withheld. She was feverish, too.

Worried about her pregnancy, she went to see her doctor in the Central American nation.

“I told my gynecologist that I had an allergic episode,” she told Fox News from her hospital bed at Hackensack University Medical Center.

“He asked if I had a fever,” the woman said in Spanish. “I said I had had a little fever – but it was very brief, only for about an hour.”

The doctor asked if she had exhibited other symptoms, such as pain or redness in her eyes, which people who have the Zika virus often complain about to health workers. Zika has been linked to microcephaly, in which a baby's head is smaller than expected because the brain hasn't developed properly.

“I said no,” the woman told Fox News. “He said, ‘Don’t worry, everything will be fine. I don’t think you will be affected.' Then I had an ultrasound, and everything looked fine.”

The mother was diagnosed with Zika in Honduras, where the virus is active. She traveled to New Jersey, where she has family, to seek treatment.

On Friday, the woman was admitted to Hackensack UMC, where she gave birth to a baby girl who was delivered by cesarean section yesterday. The child's mother was under the care of a surgical team led by Dr. Abdulla Al-Khan and Dr. Manny Alvarez, the hospital's chairman of the department of obstetrics and gynecology and reproductive science and Fox News Health Senior Managing Editor.

Al-Khan confirmed to the AP that the mother had a normal ultrasound early in her pregnancy and that another one last week showed birth defects, including microcephaly.

Asked how she might have contracted the virus, the woman told Fox News that she wasn't sure.

“I think it was because of a mosquito, but I really don’t know,” she said.

What would she advise other women?

“It's a reality we’re living,” she said. “Sometimes we can underestimate things, but when it’s your turn to be in that situation, that’s the hard part.”

Al-Khan said the prognosis for babies born with microcephaly, which also can signal underlying brain damage, is "generally very poor."

He added, "It was very sad for us to see a baby born with such a condition."

The mother is "hanging in there," Al-Khan said. "But, of course, what human being isn't going to be devastated by this news?"

The Zika virus causes only a mild and brief flu-like illness in most people, but a pregnant woman can transfer the virus to their fetus. In April, the Centers for Disease Control and Prevention said there was enough evidence to declare that Zika causes microcephaly and other brain defects.

Ten countries have reported cases of microcephaly linked to Zika, which is spread primarily through mosquito bites but can also be transmitted through sex.