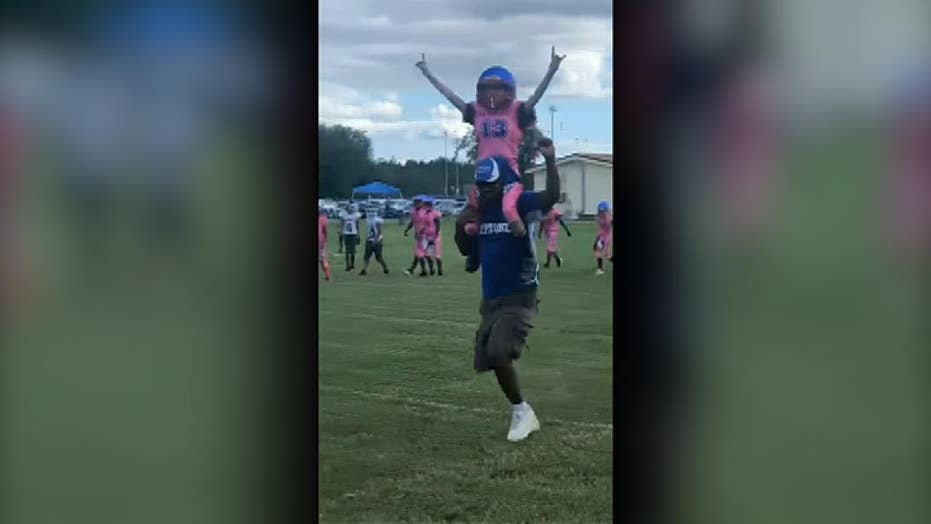 Raw video: The twelve-year-old Florida boy diagnosed with congenital heart disease had a wish come true when he was able to score a touchdown.

A touchdown scored on Sunday by a 12-year-old Florida boy means more to him and his family than any other tallied by his team this season. For Austin Booth, who has congenital heart disease and is in heart failure, meaning he cannot have a transplant, the touchdown was his one wish.

“This was so much bigger than football,” Angela Booth, the boy’s mother, told ActionNewsJax.com.

Austin, who was carried onto the field by teammates, received the handoff and then hopped onto the back of another teammate who carried him across the goal line while players on both sides of the ball cheered.

“They were running the touchdown with him and it was just amazing,” Booth said, of the Keystone Heights Youth Football Association players.

After the touchdown, Austin was carried off the field on the shoulders of his coach, with his hands held high in the air.

Booth said she knows it was her son’s one wish, and that since there’s no telling when his heart will give out she is glad he was able to see it come true.