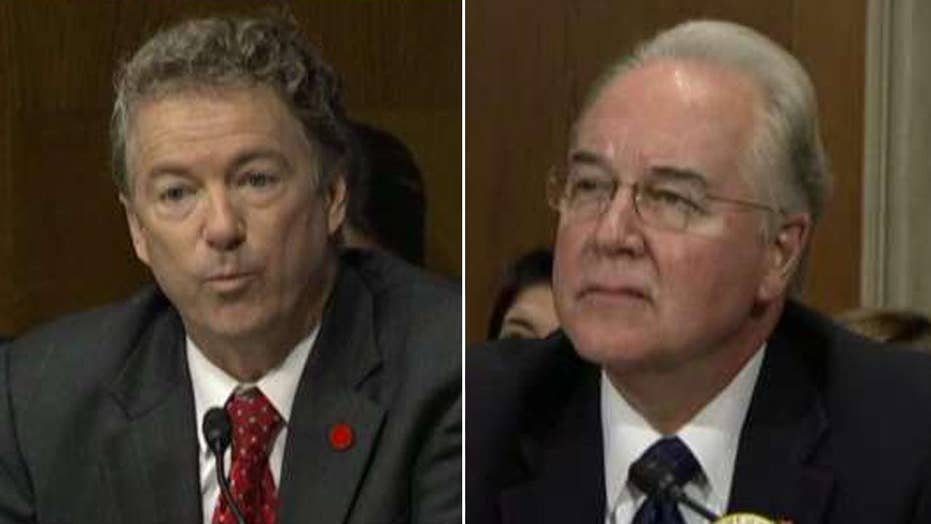 I’ve said it before, and I’ll say it again: Rep. Tom Price (R-Ga.,) is the most qualified candidate to run the U.S. Health and Human Services Department that we have seen in recent history. Price would be the first doctor to head the agency since Louis Sullivan, whose term ended in 1993. The agency dedicated to keeping America healthy has been without a physician leading the way for 24 years, and that, in my medical opinion, is as dangerous as ingesting poison.

During his confirmation hearing Wednesday, Sen. Al Franken (D-Minn.,) attempted a “gotcha moment” when questioning Price on what stocks he held and gained financial benefit from. He questioned how, as a physician, Price could hold tobacco stocks when the industry contributes to 480,000 deaths each year. Price responded that he didn’t know specifically what stocks he held throughout the 1990s and the 2000s, and said he suspects that in Franken’s own pension funds there are components connected to stocks he has no knowledge of. Furthermore, every May 15, Price and his wife release a full financial disclosure report which is available to the public, meaning whatever Franken attempted to cast a dark light on has already been out there for others to find. At that moment, I wanted to stand up and congratulate Price for handling the attack with grace, unlike others who have come before him and stumbled.

It seems to me, that these progressive senators think that doctors must live in a bubble, which leaves us susceptible to criticism whenever we attempt to act in a way that they perceive as “unbecoming” of a physician. I’ll use McDonald’s as an example: Because I am a doctor, should I ban my children from eating a French fry or Happy Meal on occasion, even though the other 99 percent of their diet is made up of wholesome foods? Does being doctors mean that we or our families shouldn’t have access to a portion of the world’s offerings? It is a foolish notion, and Price’s financial holdings shouldn’t matter when it comes to whether he is qualified to right this sinking ship we call health care.

Ask the man – who, as an orthopedic surgeon, has seen firsthand how broken our system is -- any question pertaining to medical services and health care coverage and I will guarantee you that his answer will be more than adequate for your standards. Time and time again, Price has emphasized that health care must be affordable, it must be high-quality and it must be innovative. During his testimony, he vouched for a system that moves away from defensive medicine to better provide patients with proactive care. He went on the record to say that every single child deserves access to the care and coverage that they need, and that there should be a system in place so that individuals are not priced out of the health insurance market because of a bad diagnosis, or limited to coverage based on their needs.

Most importantly, Price wants a health care system in place that works for the patients and ensures that choices are made and preserved by the patients. Under Price, I’m hopeful we will see the vital relationship between patients and physicians restored, and power taken away from the politicians. Price has a key understanding that others before him did not: A medical decision is personal, not political.