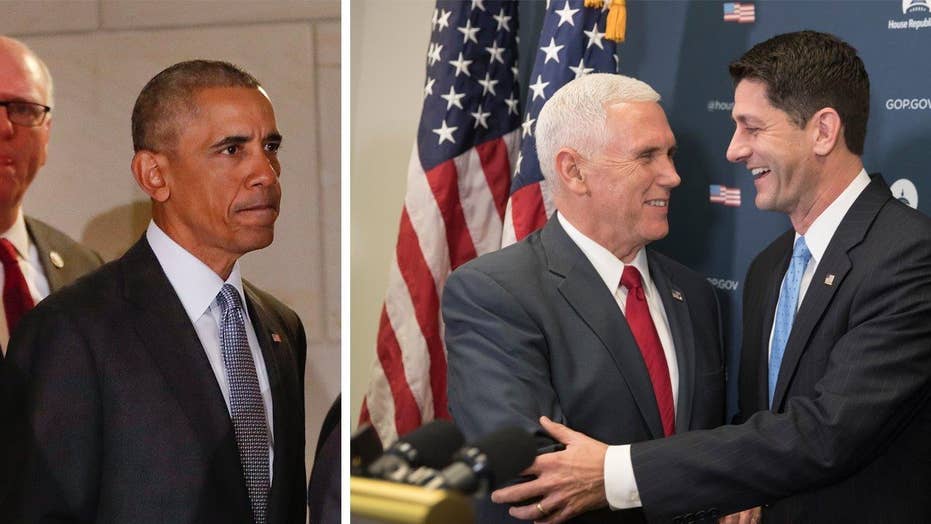 Strategy Room: Christopher Hale and Charmaine Yoest on the upcoming fight over ObamaCare

Vice President-elect Mike Pence met with GOP leadership today on the Hill and told the public that step one of Trump’s presidency will be to make good on a campaign promise to repeal President Obama’s flailing Affordable Care Act. While we have dissected the many strategies that Republicans can take in crafting their own plan, let’s take a look at three major reasons why ObamaCare failed the American people.

1.       Skyrocketing costs: At no point in time did the $3-trillion-a-year ObamaCare plan work in favor of controlling the soaring health care costs in our country. While middle-class consumers were hit with massive premium hikes and medical centers grappled with high-end costs of providing services that saw little-to-no federal reimbursements, the law included a provision that allowed chronically ill patients to opt-out of paying for health care coverage until they needed it without incurring any penalties, further causing costs to spike. It is much more cost-efficient for medical providers to continually care for a chronically ill patient than it is to deal with a patient in a critical state.

2.       Low levels of doctor participation: The law did not take into account that there were not enough medical providers around the country -- particularly specialists -- that would accept federally funded insurance programs. Many subspecialists including cardiologists, orthopedics, oncologists and the like refused to accept patients enrolled in ObamaCare and Medicaid. Patients were turned away from potentially life-saving care while the doctors and their staff who did accept this patient population became overwhelmed with cases, paperwork and soaring medical costs. Not only did this diminish the level of care patients received with physicians spending less time in the exam room and more time doing administrative work, but it further discouraged others from becoming involved.

3.       Lack of overall health education: President Obama and his advisors sought to place emphasis on entitlements and free cost of care for patients rather than the importance of equally cost-efficient preventative medicine.  While on a victory campaign touting their success of implementing a universal health care plan, no message on the importance of health education or preventative care was sent home, which is particularly important in rural areas where health care providers are scant. If you tell someone they’ll get free health care and that they can’t be discriminated against because of pre-existing conditions, but don’t explain how simply changing a few lifestyle factors can improve overall health, what motivation exists for anyone to form healthy habits? This mentality has helped contribute to our country’s high rates of obesity, heart disease and diabetes, which again contribute to high-costs for the average consumer.

There were other aspects of ObamaCare that helped contribute to its GOP-planned demise, but these three are key fundamental takeaways for the Trump administration to consider while crafting their own plan. Already we in the medical community are applauding the Trump administration’s efforts put health care back in the hands of providers and patients, and out of the control of Washington.