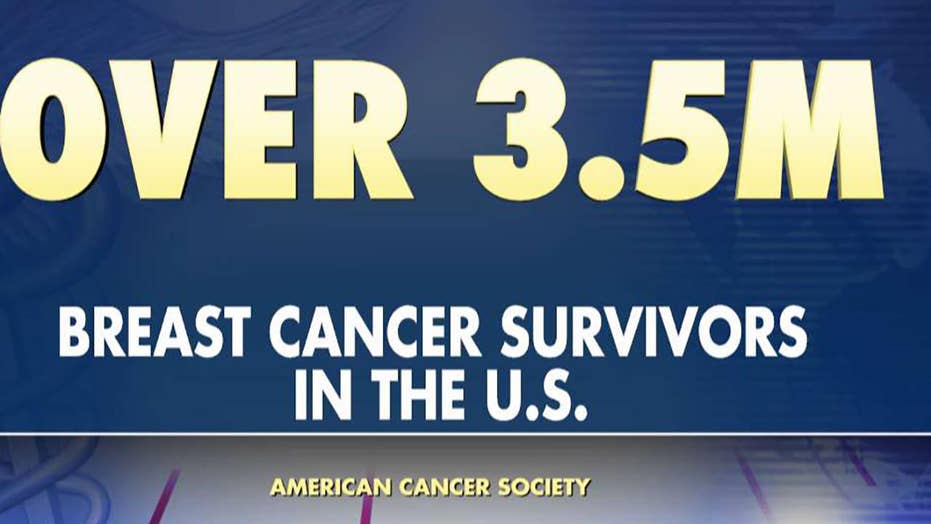 October is Breast Cancer Awareness Month: Here's what you need to know

This October 1st, people began pinkifying their possessions, getting pink manicures in honor of breast cancer, attending awareness-raising benefits for the illness, and raising money for the cause. And as a way to keep people engaged with the cause, people and companies try to be as creative as they can, and often as cute as they can, in order to attract attention.

But at the same time, a lot of people feel that these efforts diminish the experience of having breast cancer, turning it into something cute, light, and simple, without really making people see how hard the disease is and how it affects survivors.

An Instagram account called “bus_bros,” for example, posted a photo in honor of breast cancer awareness month of a bright pink bus, with a very cutesy caption “Once Again October is Here and its Breast Cancer Awareness Month. Women are 1-8 Chances to Get Breast Cancer and Men Can Get it Too! Save the Ta Ta’s by Getting Involved, Get Educated and Support Breast Cancer Awareness Month!!” The caption uses one of the most commonly used sayings that has become popular among people raising awareness, “save the Ta-Tas.”

In another post, @Iamstufft uploaded a recipe for a banana strawberry smoothie and said that it was her contribution to the #hellocookpinkchallenge, where people can upload photos of pink foods and attach recipes for making them during breast cancer awareness month.

For some, these are valiant attempts to further the cause of breast cancer, pass on awareness, and generate interest for the cause.

GERRI WILLIS: I THOUGHT MY CANCER JOURNEY WAS OVER. I WAS WRONG

But there are also those who criticize the month, saying that it trivializes the experience of survivors and reduces that experience to something cute, pink, and stomach-able for those who don’t know how hard the illness really is.

One breast cancer survivor, @andrenaburns, who finds breast cancer awareness month a detriment to the cause recently uploaded an an ironic photo of a bunch of pink balloons with nipples painted on them, so that together they look like a bunch of balloon breasts, “I really fu@king struggle with Breast Cancer Awareness Month…it feels like my entire world (my socials anyway) are awash with pink…pink ribbons, t-shirts, and other useless ephemera along with frothy messages telling us that if we give our girls a squeeze every month…well…simply put, it will all be ok! I did, and it wasn’t!”

WHEN SHOULD YOU GET A MAMMOGRAM?

For her, it seems the primary problem with breast cancer awareness month is that it makes the process of screening for breast cancer seem simple (as many campaigns emphasize the ease of self-breast-examinations) and that it doesn’t recognize the true pain and difficulty that came after her diagnosis.

In an Instagram post from earlier this year, @themenopausecollective shed some awareness on “pinkwashing” and the cutesy nature of breast cancer campaigns at large in a post that illuminated two different voices. The first noted that as a result of ovarian cancer, she now has a “front bottom,” pictured in the Instagram photo. She said that while everyone is busy focusing on breast cancer, ovarian cancer doesn’t get the attention it deserves and that there is nothing pretty and cute about her front bottom, as the pink campaigns suggest.

The second voice that the post illuminates talks about the reality of breast cancer, and the lack of pretty pinkness in her experience of disease, “Do you see anything pink and fluffy here? I don’t. I simply see a broken, petrified and seriously unwell woman. A single mum of four. Three of them tiny babies. I didn’t feel sexy or glossy or bosom focused on this day nine years ago. And I certainly wasn’t giving much thought to who my ‘bosom buddies’ were. I simply wanted to stay alive. As I do now, dealing with my third diagnosis. Maybe it’s time for a rethink?”

“The commercialization of breast cancer has contributed a lighthearted approach to awareness and advocacy…This trivializes breast cancer and limits our ability to comprehend what it’s really like to face the disease, live with medical uncertainty, and accept the difficult realities of risk, recurrence, treatment, and even death,” she writes.

This article first appeared on SurvivorNet.com