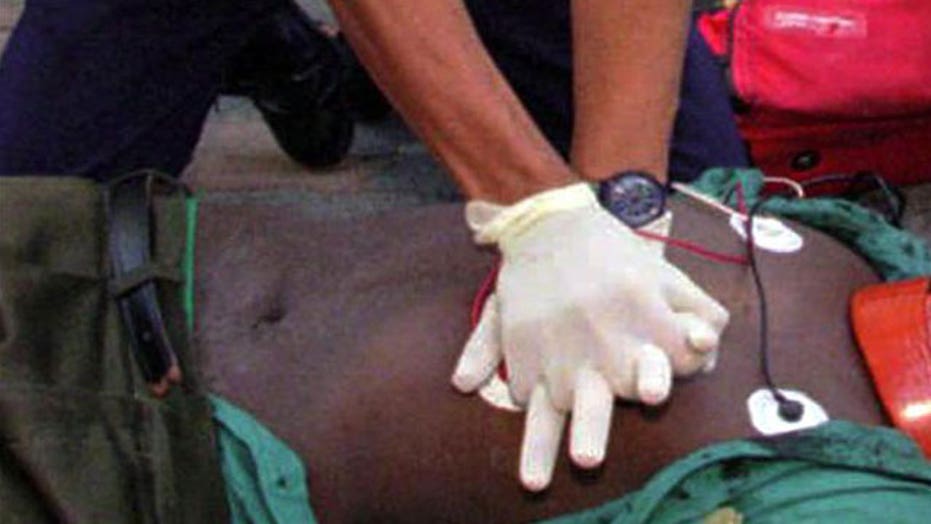 Can a text message save a life?

Dr. Manny talks to David Fredman about a Swedish project that texts CPR proficient people when a cardiac arrest victim is near

CPR can significantly increase the survival rate for cardiac arrest victims, but finding someone who knows the proper way to do it at a moment’s notice may be difficult.

Now, a new system aims to change that. By using mobile geographic positioning services (GPS), people trained in CPR are alerted via mobile phone and given the location of a suspected cardiac arrest.  It is happening in Sweden, where over 2 million people are trained in the life-saving procedure.

The program is called SMSlifesavers, and it is a unique research project run by Stockholm South General Hospital and Karolinska Institute. The program uses GPS on mobile phones to identify and quickly alert rescuers.

“Lots of people in Sweden, as well as in America I guess, are educated and really skilled in CPR, but the problem is lots of people don’t get to use their skills, and we are trying to figure out a way to contact them… using a text message or SMS, seems like a fairly easy idea,” David Fredman, project manager for SMSlifesavers, who is also a nurse at Stockholm South General Hospital in Sweden told Dr. Manny Alvarez in an interview for FoxNews.com.

When an emergency call is received by the Swedish equivalent of 911, the location of the victim is determined geographically. If a cardiac arrest is suspected, the emergency operator engages a positioning system that locates mobile phone users in the SMSlifesaver network.  If a volunteer is located near the site of the suspected cardiac arrest, the rescuer is alerted through the mobile phone along with ambulance and emergency services.

“We are using GSM technology,” said Fredman. “This is not based on smartphones, so you can use it on any platform, as long as you have a phone ... We don’t need your fancy phones, we need your fancy skills.”

SMSlifesavers is free to join. For more information, visit the website at SMSlivraddare.se.