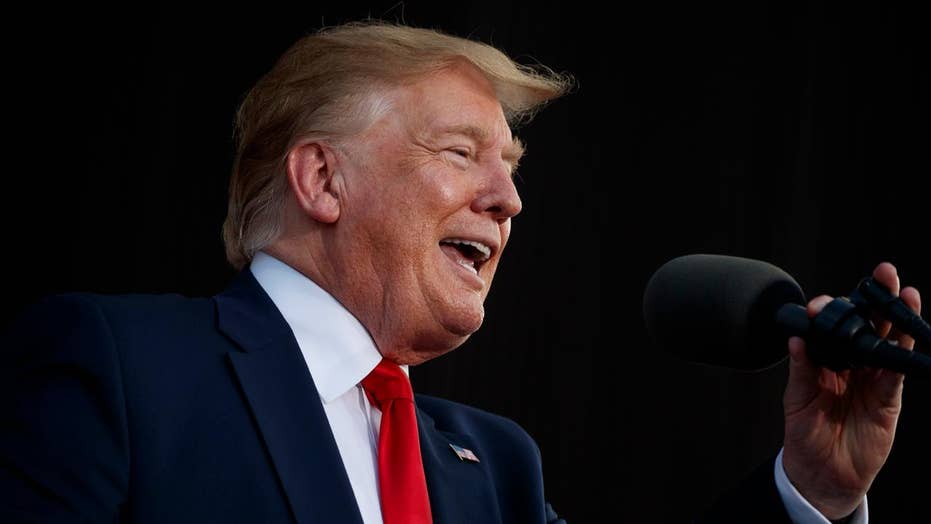 At least 11 American evacuees transported to the U.S. from the quarantined Diamond Princess cruise ship have tested positive for the coronavirus, as another doctor in China was pronounced dead from the virus Friday.

The American evacuees were transported to U.S. hospitals after delayed Japenese test results showed they tested positive. Five other people were confirmed to have shown symptoms of the virus.

None of the 16 evacuees has had confirmed tests by the Centers for Disease Control and Prevention, so federal authorities have yet to report them. They have been staying at Travis Air Force Base in California.

Four were taken to a hospital in Washington state, while Scott Pauley, a CDC spokesman, wouldn't elaborate on where the others were taken.

The newly infected reportedly don't include the 14 people who officials had previously said tested positive before boarding two State Department chartered flights carrying 300 Americans from the Diamond Princess last Monday. Thirteen of them were brought to a hospital in Omaha, Neb., and the CDC says 11 are officially declared to have the virus.

Another doctor in Wuhan was also confirmed to have been killed by the virus Friday, adding to the list of leading medical professionals now deceased in the virus's epicenter.

Peng Yinhua, a 29-year-old respiratory doctor died Thursday. Others killed by the virus include Wuchang Hospital director Liu Zhiming and Li Wenliang, who warned authorities about the virus before it was public.

China has suffered the most from the virus, which is now known as COVID-19, with the country having 99 percent of the cases. The U.S. has 26 patients, including 11 confirmed so far at a Nebraska hospital, eight in California, one in Texas, one in Wisconsin, one in Arizona, one in Washington state, one in Massachusetts and two in Illinois. Those numbers don't include the 11 recently shown to have the new virus.

CDC officials added there will “likely be additional cases in the coming days and weeks, including among other people recently returned from Wuhan.”

China's Foreign Ministry had said the U.S. hasn't given the country any substantive help in its fight against the coronavirus outbreak. They added the U.S. was contributing to the international panic surrounding the illness, Reuters reported.

The CDC has issued an advisory to avoid all nonessential travel to the country.

Coronavirus has now killed about three times the amount of people in China than were sickened during the SARS outbreak in the early 2000s. The SARS outbreak killed 349 people in mainland China in 2002-2003 -- with 744 deaths and 8,096 infections globally, according to the CDC.

The virus has claimed the lives of 2,236 people and infected 75,465 around the globe. Only 11 people have died outside mainland China.

South Korea recorded its first fatality from the virus on Thursday.

France announced its first death on Saturday in a Chinese tourist who died in the country. It was the first fatality outside of Asia.

Japan announced two people in their 80s who were on the Diamond Princess cruise ship had died on Thursday. A week earlier, an 80-year-old woman died after being hospitalized near Toyko since Feb. 1.

The other deaths were in Hong Kong, Taiwan, and the Philippines.

The United Kingdom has nine cases in the country.

IS THE NOVEL CORONAVUS HERE TO STAY?

People wearing face masks walk on a down own street in Hong Kong Friday, Feb. 21, 2020. COVID-19 viral illness has sickened tens of thousands of people in China since December. (Associated Press)

It's not entirely clear how it started, but Chinese scientists believe the virus may have originated in bats. The pangolin, a type of scaly anteater was reported to be a possible host, according to a Chinese University. A study by the Wuhan Institute of Virology said that genome sequences from seven patients tested were identical to the bat coronavirus.

It's believed the normal coronavirus can be transmitted most commonly through respiratory droplets in the air, as well as close contact with an infected person or touching areas contaminated with the virus before washing. The digestive tract may also transmit the disease, according to scientists from the Renmin Hospital of Wuhan University and the Wuhan Institute of Virology of the Chinese Academy of Science.

The U.S. declared the coronavirus a public health emergency with Trump signing an order barring entry to foreign nationals who recently were in China, other than the immediate family of American citizens and permanent residents.

Officials at the CDC have advised travelers to avoid all nonessential travel to the country. The U.S. State Department raised its China travel advisory to "Level 4: Do Not Travel."

Pakistan says they're halting all flights to and from China

People wear face masks as they ride along a road in Beijing, Friday, Feb. 21, 2020. (Associated Press)

Carnival and Royal Caribbean denying boarding of people who travel to China within 14 days.

Delta suspended all service to China.