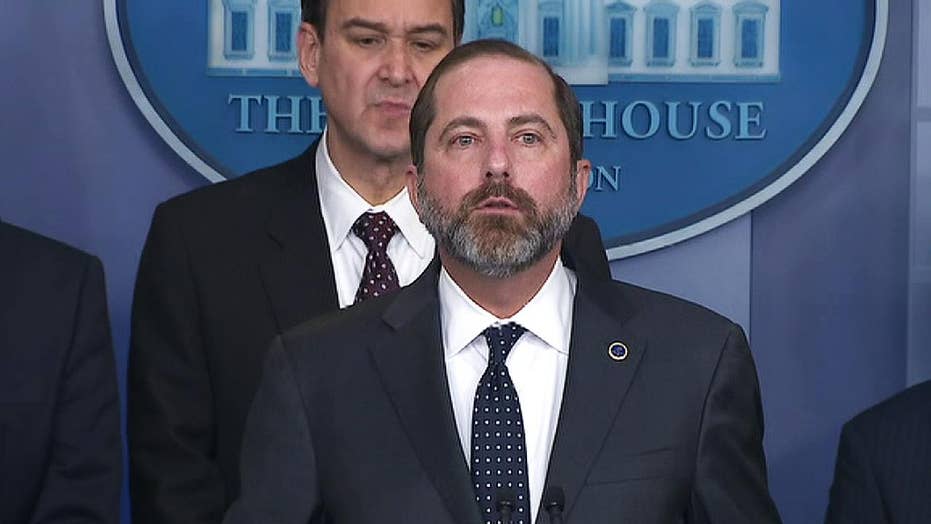 Health and Human Services Secretary Alex Azar announces the coronavirus has been declared a public health emergency in the U.S.

Health and Human Services Secretary Alex Azar announced on Friday that the coronavirus has been declared a public health emergency in the U.S. Beginning at 5 p.m. on Feb. 2, U.S. citizens returning from Hubei province will be subject to a 14-day quarantine, while other Americans who traveled elsewhere in China will be instructed to self-monitor for possible symptoms.

Azar also said that President Trump is temporarily suspending entry into the U.S. for foreign nationals who pose a risk of transmitting the virus.

US CORONAVIRUS EVACUEES BEING KEPT UNDER 14-DAY QUARANTINE, CDC SAYS

In the same press conference, the Department of Homeland Security announced that starting on Sunday, flights coming to the U.S. from China will be funneled through seven airports that are equipped to screen passengers for symptoms of the virus.

The move comes as Delta Air Lines and American Airlines suspended flights between the U.S. and China, following several other international airlines who made similar announcements. United Airlines said that it was suspending flights to Beijing, Shanghai and Chengdu, but would continue flying to Hong Kong.

Officials continued to stress that the overall risk to the American public remains low, but that the measures being taken are to help "focus efforts as we are dealing with unknowns."

The announcement comes just hours after the CDC said the 195 passengers who arrived in California on a flight from China on Wednesday were being kept under a 14-day quarantine as they are continually monitored for symptoms.

As of Friday, there had been more than 9,600 confirmed cases of the coronavirus with over 200 deaths. Officials said that the number of confirmed cases in the U.S. remains at six, with the latest being an Illinois man whose wife was diagnosed with the virus after traveling to Wuhan, which is considered the epicenter of the outbreak.