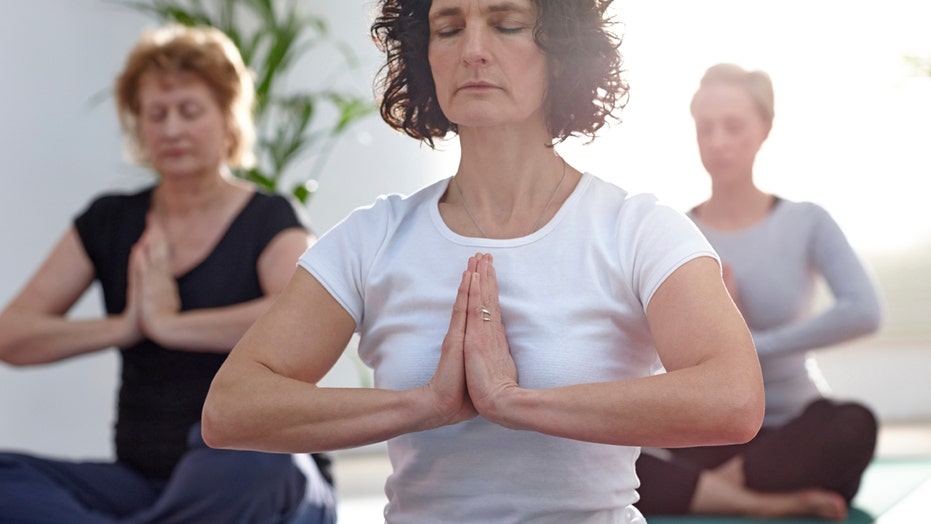 Change your DNA with yoga

Yoga has been well documented to help with emotional, physical and psychological issues but research shows it can actually change your DNA for the better. Dr. Manny sits down with Medicine Hunter, Chris Kilham to find out how it works

The ancient practice of yoga, which derives from India and surrounding countries, has long been associated with improved quality of life. The blend of physical postures, breathing exercises and meditation has been studied in modern settings, showing benefits for the cardiovascular system, stress reduction, improved brain function and more. Methods of yoga are taught at hospitals for stress reduction, and for recovery after surgeries, including those for cancer. The Eastern system of yoga, once the purview of ascetics living in monastic seclusion, is now taught widely worldwide.

Now it appears that yoga can alter DNA, the molecules that carry our genetic information and instructions, in positive ways. DNA contains the fundamental life code for all living organisms. Recent studies show that yoga not only imparts the benefits described above, but also alters the function of genes in ways that range from intriguing to profound. This is known as an epigenetic effect, arising from non-genetic influences. Diet, sleep, and thousands of other life factors are believed to produce epigenetic effects, both positive and negative. In the cases of investigation into how yoga affects genes, the epigenetic effects appear very positive and beneficial.

One study published in the journal Cancer shows that yoga practice can help to extend telomere length, and thus possibly increase the lifespan of cancer survivors. Telomeres are filamentous protective extensions at the ends of chromosomes and their length is directly related to cell life. As cells divide, telomeres become progressively shorter. At a certain point, they become too short for cells to divide. When that point occurs, the cells die. Extending telomere length extends cell life, and that may extend lifespan overall.

In the study conducted by researchers at the University of Calgary, breast cancer survivors participated in weekly yoga and meditation classes, and also practiced at home. A control group did not learn any particular practice. Before the study and after twelve weeks, blood samples were taken from both groups. At the end of the period, those who had learned meditation showed longer telomere length than those in the control group. Among cancer specialists, longer telomere length is associated with better post-cancer survival. Thus yoga practice may be a valuable tool in cancer recovery.

The Calgary study adds one more intriguing bit of insight into how yoga affects DNA. A previous study conducted at Harvard University shows broad genetic modification with yoga practice, notably mindfulness meditation. In that study, one group was trained in mindfulness meditation, and the control group received no training. After eight weeks, blood samples were taken from both groups. The meditation group showed changes in 2209 genes, a very far-reaching effect.

The genetic changes observed included 1,275 instances in which genes were up-regulated (their activity increased), and 934 cases in which the genes were down-regulated (their activity decreased). Many of the genetic changes prompted by the yoga practice involved cellular metabolism. This is the capacity of cells to utilize nutrients and oxygen, and to generate energy. Those who practiced the yoga method showed improved cellular metabolism, and better cell function overall.

In the ancient texts on yoga, there is regular reference to the salutary influences of yoga. The foundations of yoga give great emphasis to improvement of various body systems, from digestion to nerve health. Some of this may be explained in the recent findings on the epigenetic activity of yoga practice.

Yoga’s capacity to modify genetic activity is one more demonstration of the benefits of these age-old practices, and may support the oft-repeated claim that yoga extends both health-span and lifespan.