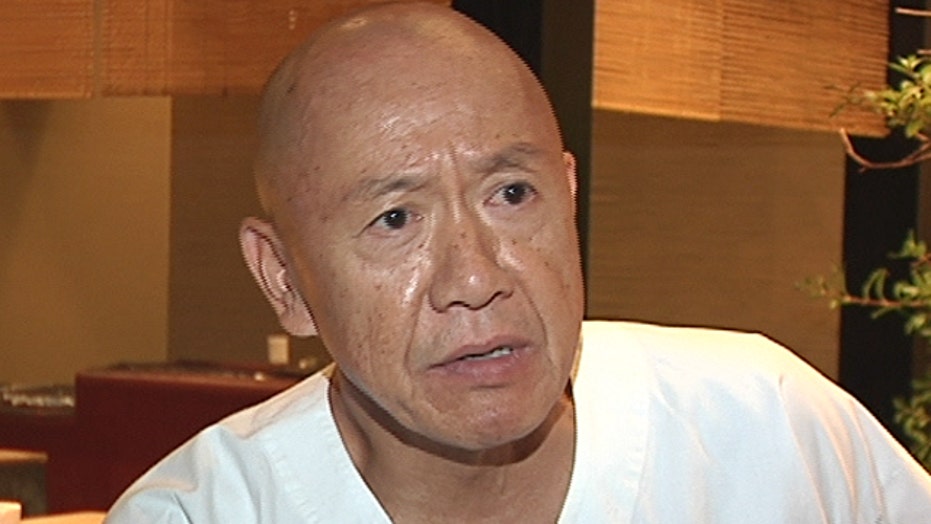 A sushi chef has created a "lucky" dish he thinks will really outshine his many rival rolls.

Japan celebrated the annual holiday, Setsubun last week, which involves children yelling at evil spirits and throwing soy beans to ward off evil and welcome in good fortune in the new year.

The rolls traditionally contain seven ingredients, as seven is considered a lucky number throughout Japanese culture. And they’re meant to be eaten whole or at least in huge mouthfuls.

But one chef, who works in a restaurant in the bustling Shinjuku area of Tokyo, created a lucky roll that may leave some buyers scrounging for extra change.

At 10,800 yen, or $96.00, the special roll was made with twelve high-end ingredients found throughout Japan, wrapped in seaweed, then covered in a large piece of edible gold leaf paper.

Food writer Seiji Nakazawa of Japan's RocketNews24 was lucky enough to taste the rare roll. He also happens to be a big ehomaki fan.

So how did it taste?

"Needless to say it was delicious," Nakazawa said. "A magnificent blend of some of the finest seafood in the entire country was destined to be great. If anything it was too much, but “too much” is what an ehomaki is all about."