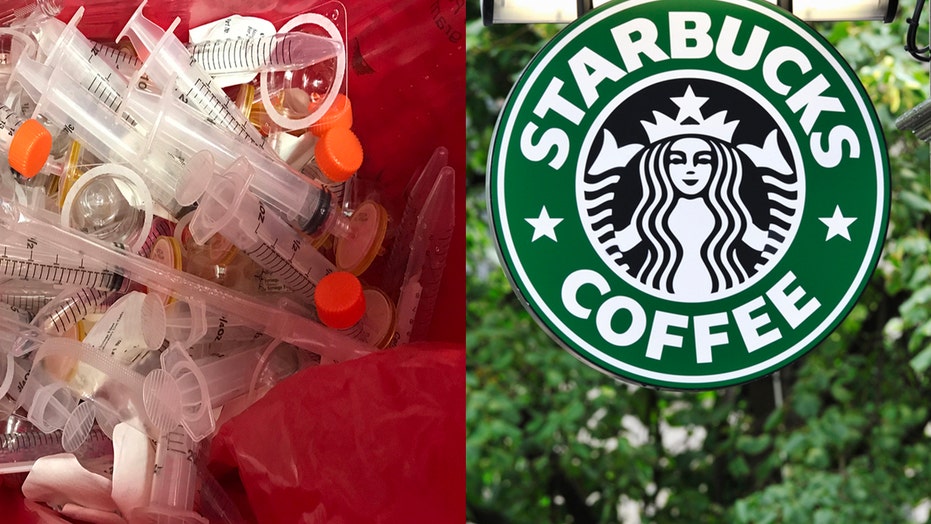 Several Starbucks stores have received safe needle disposal boxes after the coffee chain announced in January it would be taking more steps to “protect employees.”

In recent months, the coffee giant has installed boxes in bathrooms in select U.S. markets, with more on the way for stores that require them.

In a statement to Fox News, a spokesperson for Starbucks said the brand is “always working and listening to our partners on ways to we can better support them when it comes to issues like these.”

“These societal issues affect us all and can sometimes place our partners (employees) in scary situations, which is why we have protocols and resources in place to ensure our partners are out of harm’s way,” the statement read.

The coffee giant has installed needle disposal boxes in bathrooms in select U.S. markets, with more on the way for stores that require them. (iStock)

The move comes after employees expressed concern over the dangerous working conditions created by people leaving hypodermic needles in the trash cans and bathrooms. Employees in the Seattle area were particularly concerned and penned a petition on Coworker.org, which pulled in over 5,000 signatures. The petition called on corporate to place the needle disposal boxes, citing the “heroin and hepatitis C crisis” that was affecting the area and endangering their workers.

“Exposure to HIV/AIDS, Hep C, Hep B, etc. is a risk in Seattle where there is a heroin/hep c crisis,” the petition claimed. “Employees risk getting poked, and DO get poked, even when following ‘protocol’ of using gloves and tongs to dispose of used needles left in bathrooms, tampon disposal boxes, and diaper changing stations.”

According to Business Insider, Starbucks faced at least one investigation by the Occupational Safety and Health Administration (OSHA) in 2018 after employees in Eugene, Ore., were stuck with hypodermic needles.

An employee in the Eugene store filed a complaint with OSHA over the incident. After the investigation, Starbucks was fined $3,100 for violations, including not providing containers for sharp objects – such as needles – on or near the restrooms. Starbucks was also fined for not making the hepatitis B vaccine available to all workers who may have been exposed to the virus, Business Insider reported.

Since the investigation, Starbucks has started rolling out the safe needle disposal boxes. One employee, who wished to remain anonymous, told Business Insider since the implementation of the boxes, there has been “zero needles found in an unsafe place.”