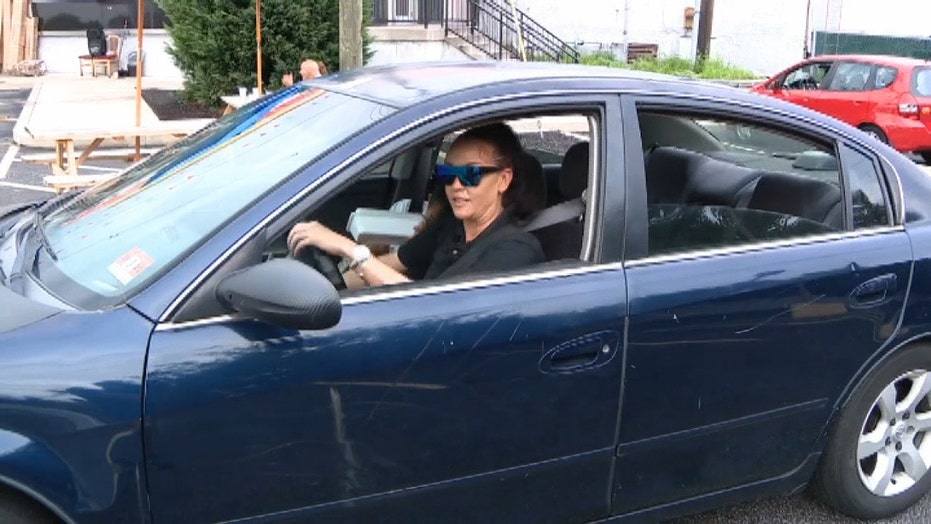 Customers surprise waitress with a car

Regular patrons of a New Jersey diner surprise a waitress with a car as the tip for their meal.

A New Jersey server will be riding in style after being surprised with the tip of a lifetime – a new car to commute to the restaurant where she works.

Lisa Mollet is a waitress at the Empire Diner in Brooklawn, and was shocked to receive the generous gratuity on Sunday in the form of a 2006 Nissan Altima, Fox 29 reports. An anonymous couple identified only as a local man and woman who are regular customers surprised Mollet, who has worked at the diner for the last four years, with the new wheels on Sunday.

Like many people employed in the foodservice industry, Mollet weathered a difficult spring this year amid the coronavirus pandemic.

Lisa Mollet is a waitress at the Empire Diner in Brooklawn, N.J. and was shocked to recently receive quite the generous gratuity in the form of a car, pictured. (Dervis Akturk)

“It’s really been a struggle. I was off from March until June,” she said.

Upon her return to work, the woman hit another road block when her car broke down.

“It was hard, it was very challenging. I’m a single mom with two kids. I have my own house,” she explained. “Paying the bills, trying to get everyone right, keep everyone happy.”

Grateful to return to work, Mollet had been traveling to the diner via Uber – until now.

“It’s a blessing. They blessed me,” she said of the gift from the unnamed customers.

Empire Diner owner Dervis Akturk echoed similar sentiments, revealing that he got “goosebumps” when he learned the good news.

“Lisa definitely deserves it. She’s one of my hardest workers” he added.

And now, Mollet will drive to work this week in her new ride.

“It was shocking because not many people do stuff like that,” she said of the grand gesture. “It’s very touching, because they’re really good people and I really appreciate it.”

In related headlines, two Florida deputies recently worked in tandem to give a local waitress a new bicycle to get to work, after her own wheels were stolen.