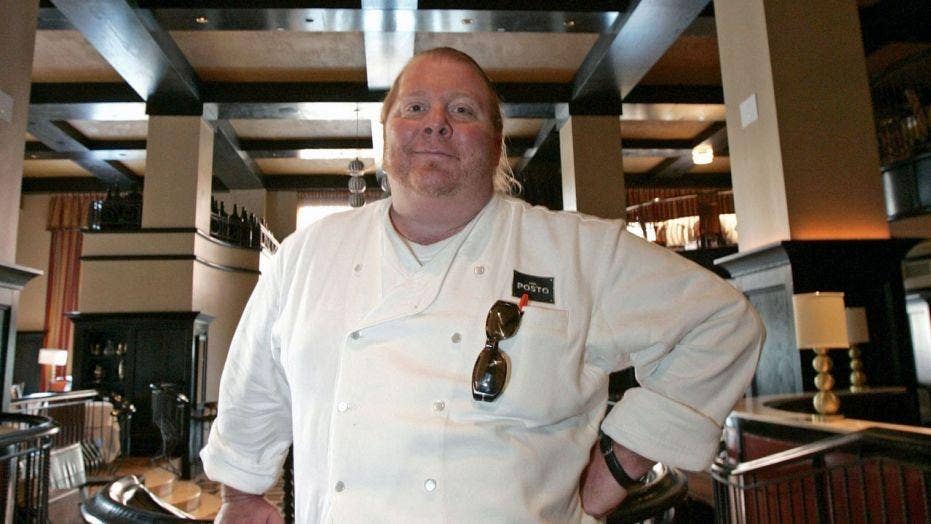 Mario Batali’s past is coming back to bite him once again.

Following a report published by Eater NY on Monday, in which Batali was accused of sexual misconduct by three former employees and a fellow chef, Fast Company took a look back at Batali’s remarks at their Innovation Festival in October, and specifically his comments about sexual harassment in the restaurant industry.

During a panel discussion which included Honest Co. founder Jessica Alba, Batali was asked if he believed if the sexual harassment accusations against restaurateur John Besh would signal a “reckoning” in the food industry, just as those against Harvey Weinstein had foreshadowed several similar allegations in Hollywood.

“I think the reckoning is coming across the board. It is a time for women and men to face each other across the board, across the table,” Batali said, likening sexual harassment to LGBTQ issues and racism. “These are all things that are so far behind us in the evolutionary phase of where we are right now.”

“The industry is changing a lot, and people are trying to do the right thing, and it’s still slow to come … It took a long time for those dinosaurs to go extinct, and it’s going to be that way. And what you can do is push forward and do the right thing in your own place,” he added.

Batali’s comments came only three weeks after accusations against Harvey Weinstein were first published in the New York Times, and just a day after John Besh stepped down from his restaurant group. As Grubstreet notes, the panel took place around the same time that Batali’s restaurant group — the Batali and Bastianich Hospitality Group — had received its first formal complaint about Batali’s behavior.

During the Fast Company discussion, Batali also commented on the progressiveness of his own restaurant kitchens, telling the audience that Del Posto — his “fanciest restaurant” — was largely staffed by women.

“I hate it when someone calls and says, ‘Hey, we want to do a piece on Melissa as a great woman chef.’ Why don’t you f------ do a piece on her being a great chef, and we’ll talk about her sexuality later,” said Batali, prompting cheers from the audience.

Eater would eventually publish its accusations against Batali this past Monday, including reports that he grabbed women’s breasts, made another straddle him, and held another woman against his own body. Three of the accusers were also former employees of the celebrity chef.

Batali, meanwhile, has offered an apology to any of the people he had “mistreated or hurt,” and claimed that “much of the behavior” in the women’s accounts “does match up with ways I have acted.”

In the wake of the accusations against Batali, ABC has confirmed to Fox News that the network has asked him to step away from his duties on “The Chew.” The Food Network has further confirmed that a revival of his “Molto Mario” series, which was planned for 2018, is now “on hold.”