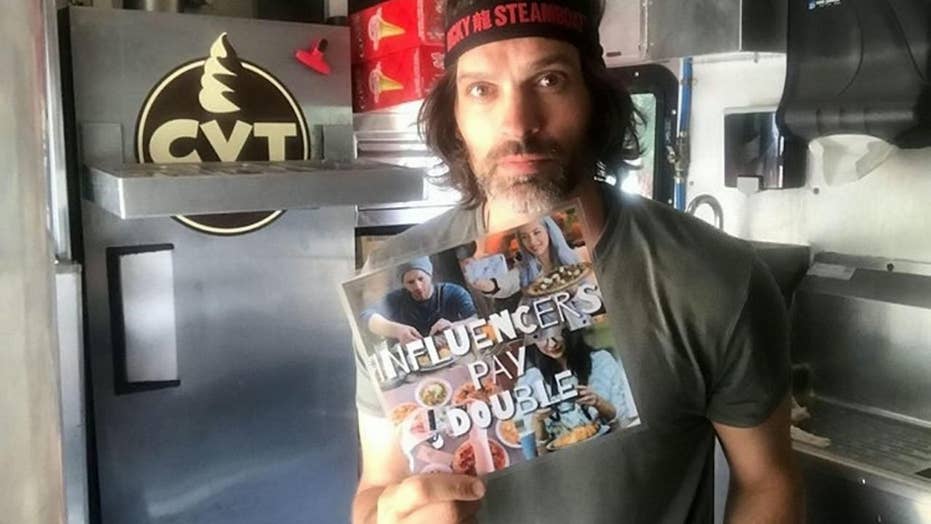 An ice cream truck owner says he will charge social media influencers double due to requests for free ice cream in exchange for posts.

Founder Joe Nicchi, who started the business five years ago, shared on his social media pages that he would be charging influencers double for his popular soft-serve after becoming fed up with being bombarded with requests for free cones in exchange for exposure.

“We’ve decided to make this thing official with signage. We truly don’t care if you’re an Influencer, or how many followers you have. We will never give you a free ice cream in exchange for a post on your social media page. It’s literally a $4 item...well now it’s $8 for you. #InfluencersAreGross,” Nicchi shared on Instagram.

Nicchi claimed his truck, named CVT – which stands for chocolate, vanilla and twirl – has been receiving more and more requests from people claiming to be influencers in the past two to three years, both in his direct messages and face-to-face, People reported.

Last week, Nicchi told People he “received a request for an event to comp them 300 servings in exchange for ‘exposure’…I believe that’s an influencer’s favorite word.”

“I’m truly embarrassed for these people,” he said to People. “I’m not really 100 percent sure what they actually do, and their followers, likes, and comments can all be purchased, so I have trouble looking at them as being reputable.”

Nicchi shared an example of the requests he gets from those claiming to be influencers, along with the words “Hard Pass” written across.

“If it’s public knowledge that anyone can purchase followers and likes, then why does an ‘influencer’ hold weight? Let’s make hard work ‘huge right now.’ Let’s make not asking people to work for free ‘huge right now.’ We are not impressed or influenced by your ‘following’...you probably bought them,” Nicchi captioned the post.

Nicchi, whose company has been commissioned for events by stars like Adam Levine and famed pastry chef Jacques Torres, said they don’t need to rely on influencers for business — they have their product.

“I don’t really focus on anything but the product,” Nicchi says. “I think if our ice cream is great, that the rest will hopefully fall into place via word of mouth and through reputable journalists.”