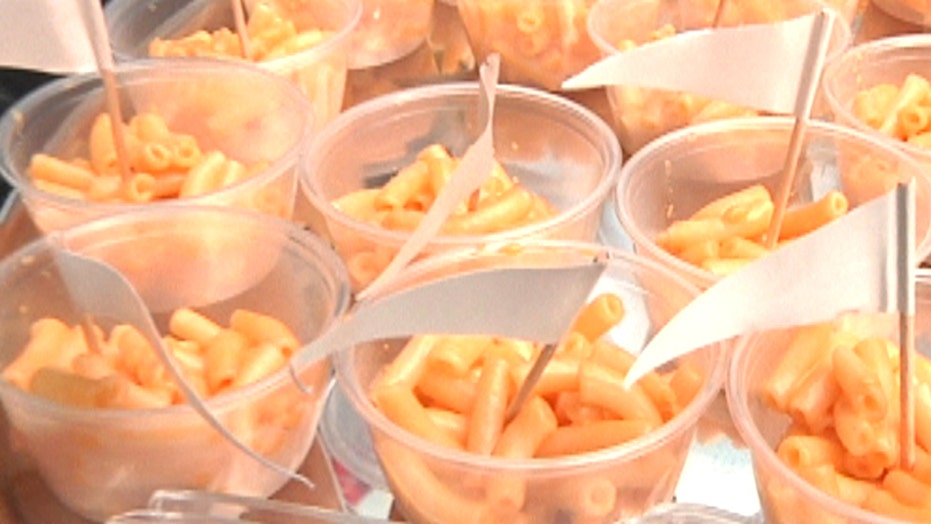 Chew On This: We took Kraft's brand new preservative-fre Mac & Cheese to the street for the ultimate taste test

Your boxed macaroni and cheese might come with a surprise – in the form of harmful chemicals.

The chemicals – known as phthalates – are found in macaroni and cheese dishes that use powdered cheese, according to a new study by the Coalition for Safer Food Processing and Packaging.

Phthalates can pose a risk to small children and pregnant women as they can affect male hormones and have been associated with genital birth defects in infant boys, the New York Times reported. They have also caused learning and behavioral problems in children.

“Although not intentionally added to food, phthalates are ‘indirect’ food additives when they escape from food contact materials,” the study said. “Phthalates tend to be found at higher levels in highly processed or fatty foods.”

The study tested 30 cheese products and found phthalates in all but one of them, it said. But the average phthalate levels were more than four times higher in the macaroni and cheese powder than in hard blocks of cheese, the study found.

And nine of the cheese products tested were produced by Kraft, the Times reported.

VEGGIE STRAWS DON'T HAVE VEGGIES IN THEM, LAWSUIT CLAIMS

About two million boxes of macaroni and cheese are sold every day in the U.S., according to the Times.

“Our belief is that it’s in every mac ‘n’ cheese product – you can’t shop your way out of the problem,” Mike Belliveau, executive director of the Environmental Health Strategy Center, told the Times.

Tom Neltner, the chemicals policy director for the Environmental Defense Fund, told the Times that environmental and food safety groups petitioned the Food and Drug Administration to remove all phthalates from food, food packaging and food processing and manufacturing equipment.

Phthalates have already been banned from babies’ teething toys.

An FDA spokeswoman said there should be “sufficient scientific information to demonstrate that the use of a substance in food contact materials is safe under the intended conditions of use before it is authorized for those uses.”

“The FDA continues to monitor literature and research on these compounds as it becomes available,” she said.

The study concluded that further research on the presence of phthalates in food is needed, and the chemical should be removed from food products.