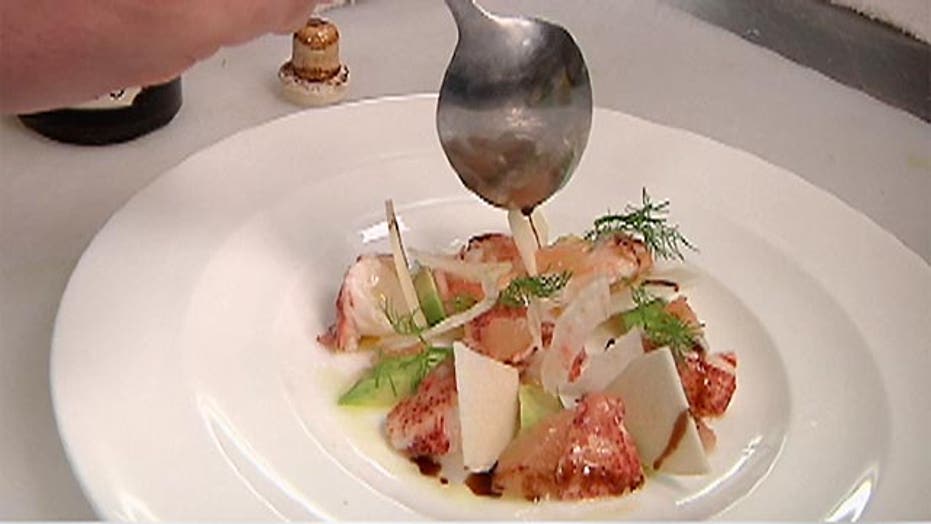 Halls, Rue de Jean, and High Cotton offering different samples of what dining in Charleston during Restaurant week is like

If you've ever wanted to immerse yourself in Lowcounty cuisine, now's the time.

Restaurant week in Charleston, South Carolina is a ten day event that is going on now from Jan.10-20 in the famously historic city, now world renown for the best food in the South. Over 150 restaurants in the city are participating, offering a 3-course prix fixe menu for $20, $30, or $40.

One of them is Halls Chophouse a family owned and operated steakhouse in the heart of downtown Charleston. “It’s a steakhouse with a southern twist,” Halls owner Tommy Hall told FoxNews.com. These steaks are famous worldwide. The restaurant, only a few years old, has received a AAA Four Diamond Award, along with OpenTable’s Best Charleston Restaurant.

What makes these steaks different from a steak you can get at any other steakhouse? “Taking that core and then building it to create a Southern feel to it, to design my steaks like nobody else has designed them,” Halls Executive Chef Matthew Neissner told FoxNews.com.

Heavily-influenced by French immigrants, the city also has great French food. Bringing a taste of Paris and the laid-back brasserie feel to the center of this Southern city is 39 Rue de Jean, named after its address. Its offering three dishes for $30 during Restaurant Week, which include some French classics.

“We are preparing trout,” Rue de Jean Executive Chef Aaron Lemieux told FoxNews.com “We will sell about 30 of these tonight.”

The chef takes the trout, wraps it in parchment paper with some local vegetables, adds butter and mussels and then puts it in the oven for 10 minutes. The restaurant also sells over 500 pounds of mussels a week and is expecting that number to grow during Restaurant Week.

“We have fish mongers coming to us daily and the seafood they get, we bought that day,” Rue de Jean Operating Partner Daren Wolfe said.

High Cotton is another Charleston favorite focusing on using fresh, local ingredients combined with a decorative dining room to create a dining experience like no other. “I think just the name itself, being in high cotton,” High Cotton Manager Katie DeHeirt said. “People come in here, they feel that way: the dining room itself with the fans and the white tablecloths and the view out to East Bay Street. I think that people just feel that they are doing something special when they come in here.”

And the food isn’t so bad either. Awarded Most Booked by OpenTable, people keep coming back. One of the restaurant's new dishes is lobster salad. “It’s a good dish in terms of the direction we are trying to take things in terms of making things lighter, featuring more seafood and a more fundamentally health conscious approach which I think a lot of people are looking for,” High Cotton Executive Chef Joseph Palma said.

High Cotton is also featuring three dishes for $30. “If you come in, regardless of how much money you spend, we want you to get the same experience,” said Palma.

“We will always have your Charleston favorites, but we are trying to give the locals something as well because I’m sure a lot of people are tired of eating shrimp and grits all the time.” DeHeirt said laughing.

Charleston has hundreds of restaurants with some of the best chefs in the country so, if you haven’t yet, work up an appetite and plan a trip down South for the next restaurant week, which will take place sometime at the end of summer.