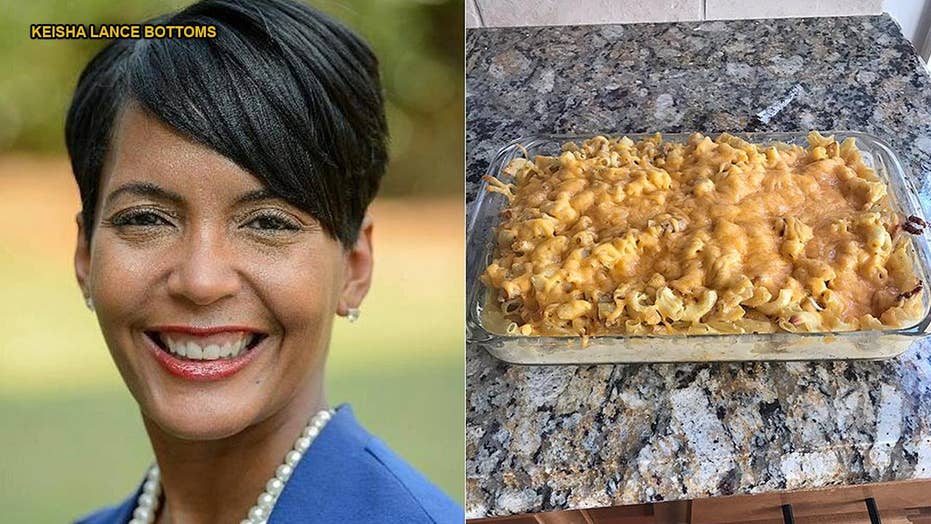 Atlanta Mayor Keisha Lance Bottoms caused a Twitter uproar on Christmas Day when she tweeted out photos of several food items served for her holiday meal. The dishes included Brussels sprouts, a leg of lamb, jambalaya, but the one that sparked a cheesy string of responses was her mac and cheese that some on social media dubbed a "crime."

Despite not being able to taste or see it in person, Twitter users roasted Bottoms’ mac and cheese for looking “dry.” The tweet received more than 600 replies and 1,400 likes as of Wednesday.

“This picture dried out my contact lens,” one user wrote, while another person responded, “Someone should run a primary challenge against you for your crimes against macaroni and cheese.”

“i feel like someone threw uncooked noodles & shredded cheese in the dish & expected a different outcome,” someone said.

Another person tweeted, "I'm afraid to click that and make it full screen...might suck all the humidity out of my room."

Several people avoided commenting on the “dry” mac and cheese and instead complimented the “nice marble countertop.”

Bottoms addressed the controversy on Twitter, saying there was “nothing dry” about her mac and cheese.

“Lol...For the shady none (sic) cooking crew, add more cheese a few minutes at the end & then mix it up to make it juicy. Trust, nothing dry here,” she said.

Her family also seem to take the mac and cheese debate well.

“Cracking me up. My mama said, ‘Oooh, it does look dry, but it wasn’t.  That’s what you get for posting.’ She’d be the first to toss it,” she tweeted.

She also shared a video with the caption: “Mama said, ‘When I saw it I said Who made this??  And I been around here bragging that you got all of my Mama’s recipes.’”