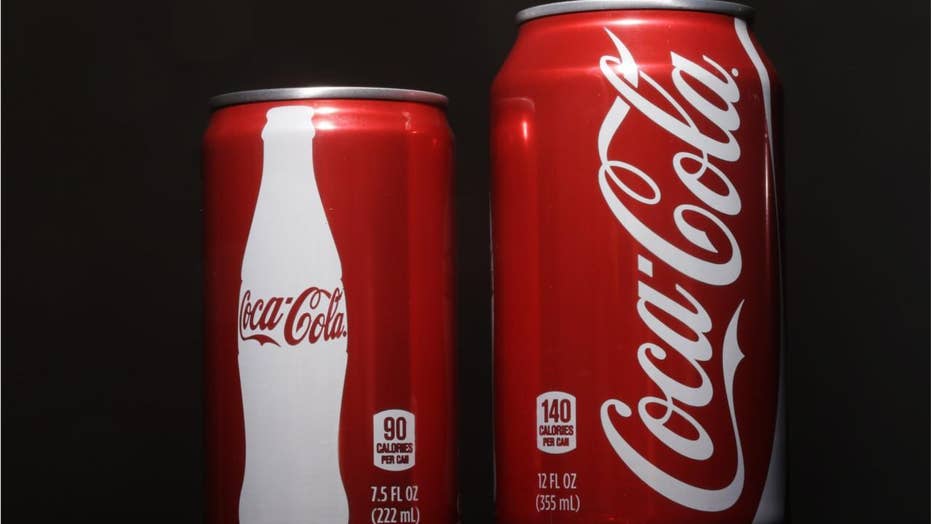 Forget drinking it, here are a few things you can do with Coca-Cola to solve some of life's mini-problems.

The basic origin story of Coca-Cola is fairly common knowledge by this point: It was invented as a patent medicine by an Atlanta pharmacist named John Pemberton, and once contained actual cocaine.

But most people’s knowledge stops there; most don’t know, for example, that Pemberton died less than two years after inventing the drink, and shortly before his death, sick and in debt, he sold the rights to the formula to a businessman named Asa Candler. It was Candler who founded the Coca-Cola Company and turned the drink into the phenomenon it is today due to aggressive and trailblazing marketing and advertising tactics, and it made him incredibly wealthy.

Coca-Cola has had a lot of ups and downs over the years (punctuated by ongoing “cola wars” between it and Pepsi), and as each generation comes of age, the company always seems to find a creative way to market Coke to them; from “It’s the Real Thing” for the boomers to “Share a Coke” for millennials, the Coke folks keep the product fresh and relevant, without changing its core formula (because we all know how that went last time).

So let’s raise a glass of that sweet, brown, fizzy soft drink, and learn all about the long, strange trip Coke’s been on.

1. It was created as an alternative to morphine

The beloved drink was developed in Columbus, Georgia. (iStock)

After being wounded in the Civil War, former Confederate Colonel John Pemberton developed an addiction to morphine. He set out in search of an opium-free substitute, and the end result, which he developed at his drugstore in Columbus, Georgia, served as the prototype for Coca-Cola’s recipe; he called it a “brain tonic and intellectual beverage.”

2. It was derived from two key ingredients

3. It was originally alcoholic

The soda used to be an alcoholic beverage. (Reuters)

Pemberton’s original Coca-Cola formula, registered in 1885, added a third intoxicant to the party: alcohol. Coca-Cola was originally developed as a coca wine, which was first created in France in the 1860s; the leading brand, Vin Mariani, was a mixture of cocaine and wine, and counted Queen Victoria, Thomas Edison, and Ulysses S. Grant among its fans.

4. It originally contained 9 milligrams of cocaine per glass

The wine was removed from the formula after Atlanta passed prohibition legislation in 1886, leaving just the coca and kola. In Pemberton’s original recipe, he called for 5 ounces of coca leaf per gallon of syrup, making it a serious intoxicant. Before the cocaine was phased out beginning in 1903, it was estimated that each glass of Coke contained about 9 milligrams of cocaine; by comparison, the average line of cocaine equals about 50 milligrams. So drinking a glass of cocaine-laced Coke wouldn’t have necessarily turned you into Rick James, but you’d have certainly felt a little pep in your step.

In 1988, the New York Times discovered that Coca-Cola still contained non-narcotic coca leaf extract produced by the Stepan Company, the nation’s only legal commercial importer of coca leaves. ''Ingredients from the coca leaf are used, but there is no cocaine in it and it is all tightly overseen by regulatory authorities,'' a Coca-Cola spokesperson confirmed to the paper. No word on whether it still contains kola nuts, but we wouldn’t be too surprised!

6. The formula is locked in a vault

The exact formula for Coca-Cola is top secret information. (Reuters)

Just like Colonel Sanders’ 11 herbs and spices, the exact formula for modern Coca-Cola is locked away in a vault; you can visit it at Atlanta’s World of Coca-Cola. Only two employees know the exact formula, and they’re not allowed to travel together.

Just because the formula is locked in a vault doesn’t mean that alternate recipes aren’t floating around out there; one was written down by John Pemberton himself shortly before his sudden death in 1888. All of those existing unofficial recipes share a common thread, however: they reveal that Coca-Cola’s primary flavoring comes from orange, cinnamon, lemon, coriander, nutmeg, neroli (bitter orange blossom), and possibly lime and vanilla. Try to pick out those flavors the next time you have a Coke!

From the time it was first released up through the Atomic Age, the price of a glass of Coke stayed constant, at five cents a pop. When you think about everything the country went through during those years, it’s a pretty amazing feat!

9. The logo was modeled after formal handwriting

If you were around in the late 1880s and saw Coke’s logo for the first time, you would have immediately recognized it: Called Spencerian script, it was the primary form of formal handwriting (for invitations, business correspondence, formal letters, etc.) of the era, before the typewriter came along, and was taught to most children. It was in common use from around 1850 to 1925, and can also be found in the Ford Motor Company’s logo.

10. The bottle was modeled after the cocoa pod

In 1915, employees of Indiana’s Root Glass Company were tasked with creating an instantly recognizable bottle for Coca-Cola. They wanted to base it on the shape of either the coca leaf or kola nut, but because they didn’t know what they looked like, and couldn’t find any photos or illustrations of them at the local library, they instead went with the cocoa pod for inspiration. This bottle shape, called the contour bottle, became standard in 1920.