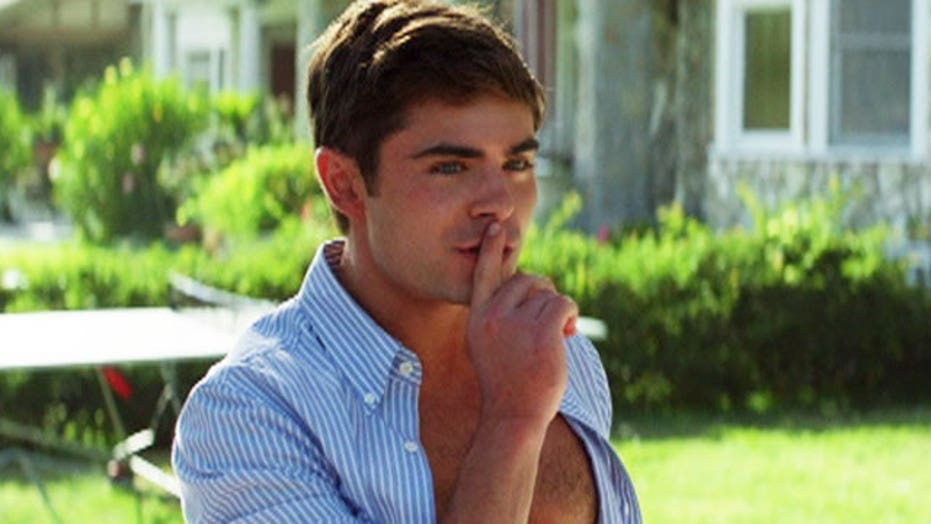 Zac Efron is getting candid about sobriety, why he can't date and stepping away from social media.

In a new interview with UK outlet The Times, the "Mike and Dave Need Wedding Dates" star confesses that being a celebrity is one of the biggest hurdles in his love life.

Efron dated his "High School Musical" co-star Vanessa Hudgens for five years and was later linked with Lilly Collins, Michelle Rodriguez and model Sami Miro. The star says dating is about seeing somebody for the first time -- something prospective ladies can't do with him.

EXCLUSIVE: Zac Efron and Adam DeVine Talk Butt Doubles and Who Has the Softest Lips

"Dating is something I'll never be able to do," he tells The Times. "As in the dictionary definition of dating, because one way or another I've impacted that person's life and they'll soon realize it. A date has to be very long to dispel whatever people think about me."

As for online dating, the hunky 28-year-old says, "Amazingly, when I signed up for Tinder, nobody swiped me! They thought it was fake," before pausing then adding, "That never happened. Aha-ha."

Tinder's not the only app he's avoiding. Efron adds that he does not run his Twitter and Instagram accounts, instead hiring someone who he instructs to post for him.

"I lost my mind because of the Internet," he admits. "I'd read 30 positive things and one bad thing, then I'd harbor that bad thing. It drove me crazy."

WATCH: Zac Efron Visits Pre-School Students and It's Too Adorable -- See the Snaps!

Efron also got candid about his post-teenage stardom downfall, during which he became depressed and battled drug and alcohol abuse. In early 2013, he checked into rehab for his addiction struggles. Efron is still a member of Alcoholics Anonymous and feels it's important to be open about his at-times dark journey.

"There's a theory that actors should live like monks. You stay private, you make a great movie, then that's all people see and you're not a product of your struggle," he says in the interview. "But if you're comfortable sharing your story, celebrate it. Most days I wake up excited now."

That excitement partly stems from his next big film, "Baywatch," in which he stars alongside Hollywood legend Dwayne "The Rock" Johnson.

Efron was thrilled to work alongside the former wrestler in Miami, declaring that Johnson could successfully run the country.

"He wants to make an impact beyond acting. He could run for president. F--k it, he'd be better than anyone at this point!"