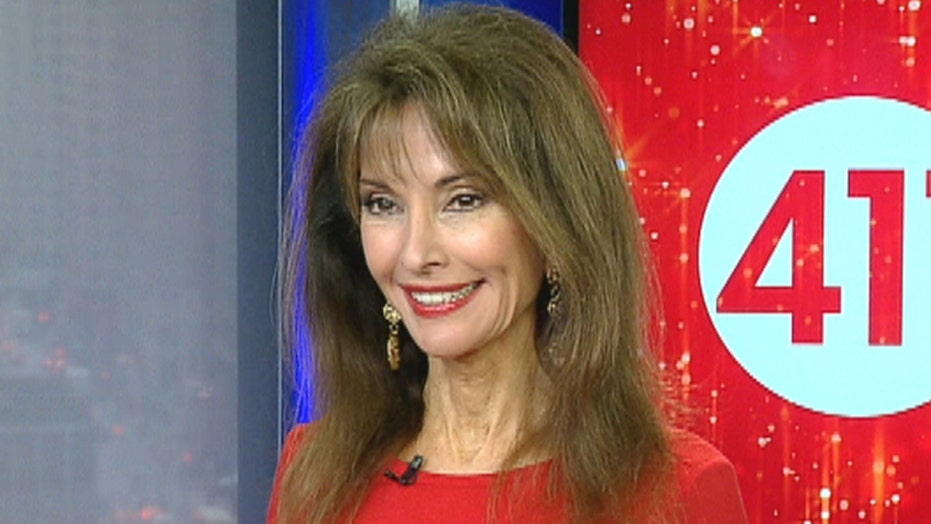 Susan Lucci is emptying out her closet and eager to give fans a piece of Erica Kane.

The 70-year-old “All My Children” star has kicked off her spring cleaning and it’s for a good cause. The star dished to Fox News about her plans, plus she opened up about that rumored "All My Children" reunion.

Lucci has recently partnered with Everything But The House (EBTH) where she will auction off 889 personal items. Everything starts at $1 and a portion of the proceeds will be donated to United Cerebral Palsy of New York City.

SUSAN LUCCI DESCRIBES THE MOMENT SHE WON HER EMMY

“I’m very excited because I’ve been wanting to lighten up, divest, get into my closets, and up into the attic for several years,” explained the actress to Fox News. “But I have just been traveling so, so much — ‘All My Children’ when I was still in New York, back and forth with ‘Dancing with the Stars.’ And then ‘All My Children’ moved to Los Angeles and right after that I was working in Atlanta on ‘Devious Maids’ for four years. So I haven’t been home in probably six years. Really home …I knew I had assembled a lot of things over the course of time.”

Some of the pieces shoppers will find at the auction include the many glamorous gowns Lucci has worn throughout the 19 times she’s been nominated for an Emmy. She won in 1999.

There’s also couture Lucci has modeled during the countless times she’s encountered fellow stars, including meeting Erica Kane fan Sammy Davis Jr. and The Rat Pack at a New York gala, Sophia Loren while shopping for her first Chanel suit in Paris, and even the jet black straw hat she wore to the Kentucky Derby, where she was seated behind Queen Elizabeth II and Prince Phillip.

“[And] I was thrilled, of course, to be near them,” recalled Lucci. “Queen Elizabeth’s skin, by the way, is gorgeous. It was really fun to be in their presence.”

However, that wasn’t the image audiences would see the following day.

“There’s a picture that appeared in the newspapers after that,” she explained. “And I’m looking at them, believe me, I was just thrilled to be there. I looked in the picture, however, like I’m having a real Erica Kane scheming moment. I looked so like, ‘Hmm…how can I knock her off?’"

And for those who want something personal from Erica Kane, Lucci decided to give up one shocking thing from her 41 years ruling the “All My Children” set.

SUSAN LUCCI ON THE MOMENT SHE WON HER EMMY

But one thing audiences won’t get to score at this sale is the Queen of the Soaps' most prized possession.

“My Emmy is center-staged, on the mantle, in my living room. That is not up for auction,” she said, while chuckling.

But now that Lucci has finally emptied out her closet, can viewers expect her to have time to kick off an “All My Children” reboot? She told Fox News that she’s aware of the rumors being circulated.

“I hope that’s true, I don’t know, but there’s a lot of buzz about that lately,” she said. “I was stopped in the airport in Los Angeles last week and a man with a camera came up…and he was asking me on camera, ‘So, how do you feel about ‘All My Children’ going on Netflix?’ And I hadn’t heard that. But I heard the word ‘Netflix.’ And I thought, ‘They’re fantastic.’ Because then you know you’re in really good hands. And that’s really important, who’s producing.”

Either way, Lucci said her character lives on.

“First, I know she’s in a lot of people’s hearts because now that I am out in daylight, and I’m in airports, in restaurants, in shops, and on the street, people stop me all the time as if Erica is very much a part of their lives," she added. "So Erica Kane is still alive and well in people’s hearts.”

The auction runs until March 10th.