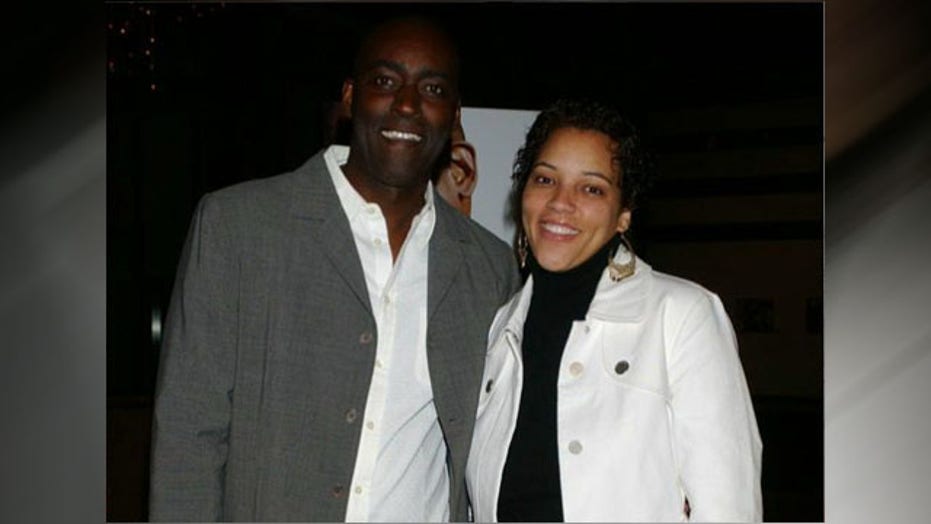 Michael Jace was a working actor, best known for his seven-year role as a cop on the FX show “The Shield.” On Tuesday, the 51-year-old was back in a police station, only this time it was for real.

Jace was arrested in Los Angeles early Tuesday morning on suspicion of murder in the shooting death of his wife of 10 years, April. Neighbors reported hearing an argument at the Jace residence just before the gunfire. The actor allegedly told police on a 911 call that he shot his wife. She died at the scene.

So who is Michael Jace?

Aside from his role on “The Shield,” in which he played Officer Julian Lowe, he most recently had a recurring role on the TNT cop series “Southland.” The Paterson, N.J., native also played law enforcement types in “CSI: Crime Scene Investigation,” “Private Practice,” “The Mentalist,” “Burn Notice” and “NYPD Blue.” He had minor roles in films including “Forrest Gump,” “Boogie Nights” and “Planet of the Apes.”

According to law enforcement officials, the Jaces’ two children, both under the age of 10, were home when the shooting occurred. LAPD listed the motive as domestic violence. Authorities said they had not been called to the home previously.

Jace has no prior criminal record, but he reportedly has a history of extreme spousal abuse. Legal documents obtained by TMZ from his 1997 divorce from his first wife, Jennifer Bitterman, indicate that Jace was excessively violent. A witness claimed in the court filings that Jace choked Bitterman and slammed her against a wall in the presence of their 6-month-old son.

Industry sources are speculating that finances may have been the cause of the argument that preceded the shooting. Records show Jace filed for bankruptcy protection in March 2011, listing debts between $500,000 and $1 million. Much of the debt appears to have been related to his home, on which he owed more than it was worth. Jace also owed more than $22,000 in state and federal income taxes, including more than $20,000 to the state of California for the year 2008.

Jace apparently agreed to a payment plan in the bankruptcy, but by November 2013 he had fallen behind by nearly $2,000. A trustee sought to dismiss the case over the late payments, but that petition was withdrawn on Dec. 24.

Despite Jace’s alleged confession on the 911 call, legal experts say there is still a lot left to investigate.

“The 911 call represents an admission of guilt. Jace stated he shot his wife. Therefore he is criminally responsible for her death,” California attorney Leo Terrell of CleartheCourt.com said.

“The questions are: Why did he shoot his wife, and what was his state of mind during the shooting? These two questions will determine the degree of the murder charge filed against Jace. The key unknown is what Jace said to the police as to why he shot his wife.”

The 911 tape gives the prosecution a big advantage, Terrell added.

“If a deal is struck, expect jail time. The fact that children were present at the crime scene places Jace in an unfavorable position in the eye of the public,” he said.

April Jace had been working for the last 14 months in the financial aid office at Biola University in Los Angeles. The school announced Tuesday that the office was closed.

“We are obviously shocked and saddened by this terrible news, to lose such a wonderful colleague, mother and friend,” Biola president Barry H. Corey said in a statement.

Jace is detained in a Los Angeles County jail, and bail has been set at $1 million. A spokesman for the LAPD said the investigation is ongoing and circumstances surrounding the fatal shooting are not known.