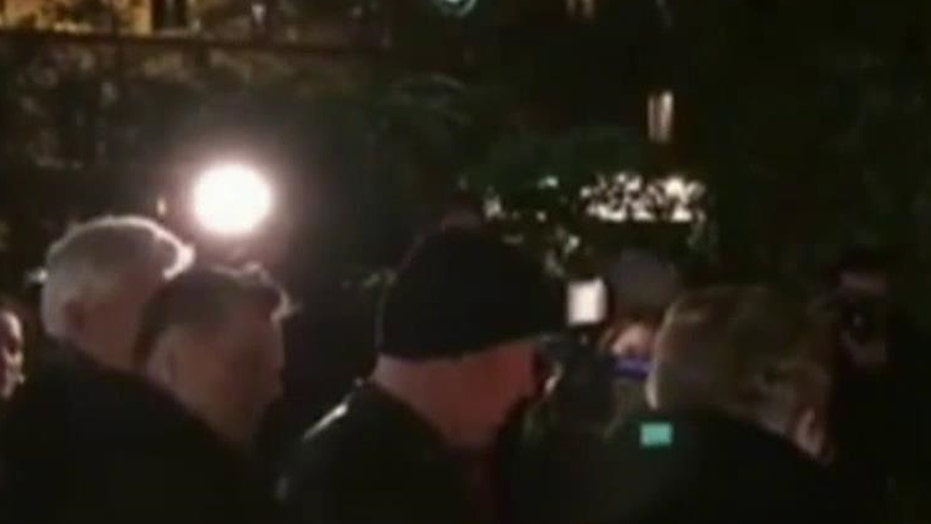 Rock band U2 honors the victims of the Paris attacks

U2 has rescheduled two shows in Paris postponed after the Nov. 13 attacks in the city.

In a statement Monday, frontman Bono promised the band would "put on our best for Paris."

From Dublin, Bono said the gunmen and bombers who killed 130 people "took lives, took music, took peace of mind — but they couldn't steal the spirit of that city. It's a spirit our band knows well and will try to serve when we return for the postponed shows."

The Foo Fighters, who canceled the remainder of their European tour following the attacks announced the release of a new five-song EP that includes a link to donate to the victims of the attack in Paris. It also includes a free download of "Saint Cecilia."

"Now, there is a new, hopeful intention that, even in the smallest way, perhaps these songs can bring a little light into this sometimes dark world,” lead singer Dave Grohl wrote. "To remind us that music is life, and that hope and healing go hand in hand with song. That much can never be taken away."

Tickets for the canceled shows will be valid for the rescheduled dates, and the Dec. 7 show is due to be broadcast on HBO, like the first November show.