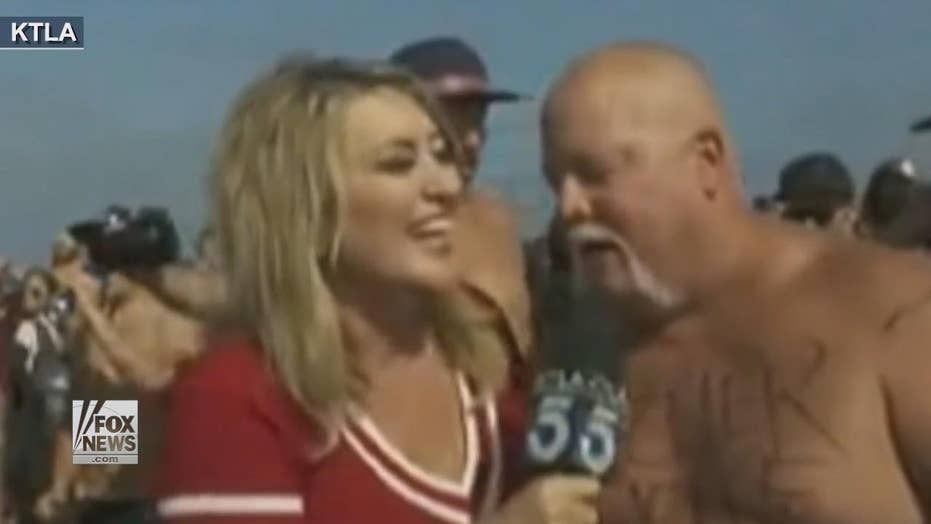 Burch pulled in a competitor during the live telecast to ask about the activities, which is described as “Run, Paddle, Chug.” The competitors are required to run a mile, paddle a mile, and then chug a six pack of beer.

During the telecast, one woman in a bikini kneeled down to the ground and vomited. Smiling, Burch declared, “It’s getting ugly, it’s getting ugly.” She added the woman was attempting to finish her six-pack.

Burch returned to interviewing the man and remarked, “It looks like you’ve been training for this for some time.”

“I’ve been training for this for about 25 years,” he responded.

Suddenly, someone from off-camera began to violently projectile vomit on the man and Burch as the anchors in the studio watched in horror.

“We want to hope it was people throwing beer, but who knows,” she said.

The video immediately went viral on social media. Burch joked about the unfortunate incident on Twitter: