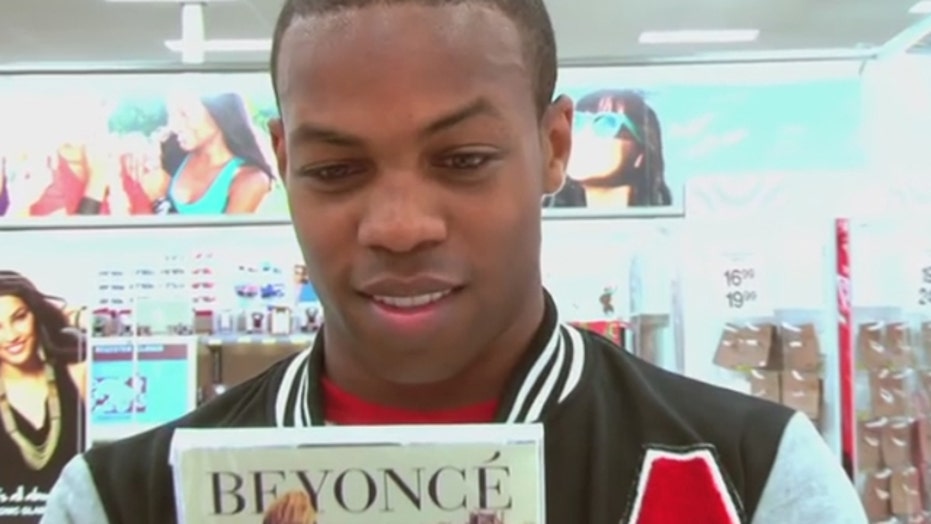 YouTube sensation Todrick Hall has a fan in Beyonce, and Justin Bieber's manager

Todrick Hall has competed on "American Idol" and performed on Broadway, but he's best known for his YouTube videos. The singer, choreographer, and director has over 1.4 million followers on YouTube, 314,000 followers on Instagram, and 159,000 on Twitter and Beyoncé just happens to be a fan of his. The social media sensation joined us on the FOX411 set to talk about how YouTube stars are the next pop stars.

FOX411: Why did you decide to start doing YouTube videos?

Hall: My inspiration came from me being a huge fan and lover of McDonalds. I was driving home. I saw the golden arches. I started writing a song. That’s literally how it happened. I went to my friend’s house, taught them a song, uploaded it, put it on the Internet and the next day it was on the front page on YouTube and went super viral. I’ve been on 'American Idol,' I’ve done Broadway but people started saying, “Hey, you’re the YouTube guy!” So, I just had to take that title on and run with it.

FOX411: Who is your biggest celebrity fan?

Hall: I would have to say Beyoncé. She found me on YouTube and hired me to come and work for her, and choreograph videos for her, and what bigger person than Beyoncé to come and support you, and like your videos.

FOX411: You’re friends with Ariana Grande. Will she be working with you?

Hall: I would love to and that would be awesome and that is something that I would definitely be interested doing in the future.

FOX411: Scooter Braun, Justin Bieber’s manager, manages you. Will you and the Biebs work together?

Hall: I’m a huge Justin Bieber. We shall see about that as well. I’ve got Bieber fever.

FOX411: You have a new Titanic-themed video coming out and claim it’s the most epic video yet. How do you get such a huge budget for a YouTube video?

Hall: We don’t have huge budgets for these videos. We learn the art of filming at exactly the right angle to make things look epic on a less than epic budget. People don’t believe that unless they come and watch us make a video. I have eaten a lot of Ramen noodles to make these videos.

FOX411: Are YouTube stars the new pop stars?
Hall: I went on tour and got to meet the kids that watch the videos and that are responsible for the millions of views. We are the new stars for these kids to come and watch. I don’t think that they look at us any different than they do at people who are on television. The power of the Youtuber is becoming more and more recognized, accepted and respected.