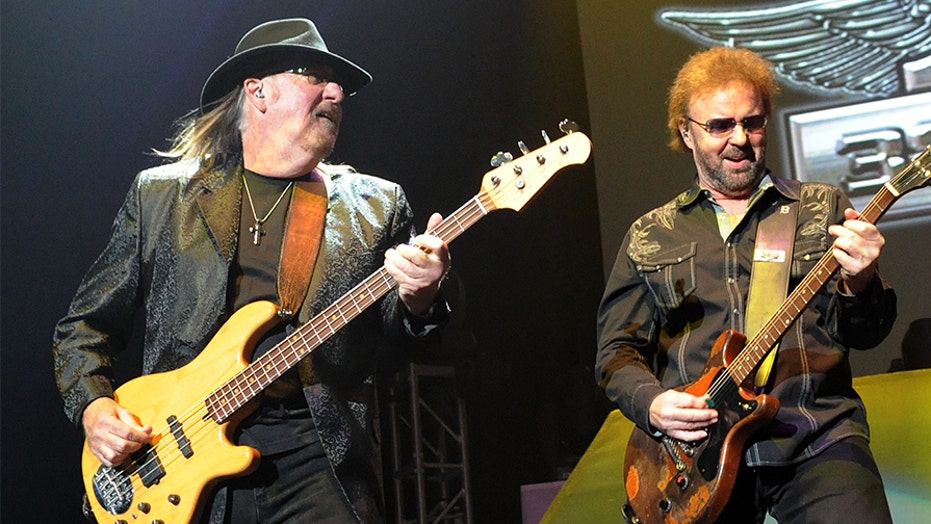 Larry Junstrom, a founding member of the Southern rock band Lynyrd Skynyrd and bassist for .38 Special, has died at age 70.

The announcement was made on Sunday via .38 Special’s Facebook page. Junstrom played with the band from 1977 until his retirement in 2014.

“The Big Man on the Big Bass has left us,” shared the statement. “He rocked arenas all over the world and succeeded in living his dream. He was truly one of a kind, a congenial traveling companion and a great friend to all with a humorous slant on life that always kept our spirits high  — a kind man with a big heart for everyone who crossed his path.”

“There will never be another like him,” the statement continued. “We are sending our devoted love, strength and comfort to his wife Thania and Larry’s family. We will miss our friend and partner.”

Some early variations of the group’s name included My Backyard, the Noble Five and the One Percent. They ultimately settled on their name as a sarcastic homage to their Jacksonville high school teacher named Leonard Skinner, who was famous for patrolling the length of their hair.

According to the outlet, Junstrom left the group before they recorded their debut album in 1973, titled “Pronounced Leh-nerd Skin-nerd.” Leon Wilkeson would go on to handle bass during the height of the band’s fame.

In 1977, Van Zandt’s younger brother Donnie invited Junstrom to join his band, .38 Special, and replace Ken Lyons. People shared Junstrom not only said yes, but he held on to his gig for nearly four decades and played on hits such as “Hold On Loosely,” “Caught Up in You” and “Rockin’ into the Night.”

USA Today reported Junstrom retired from .38 Special in 2014 after a serious hand surgery. He is survived by his wife, Thania.