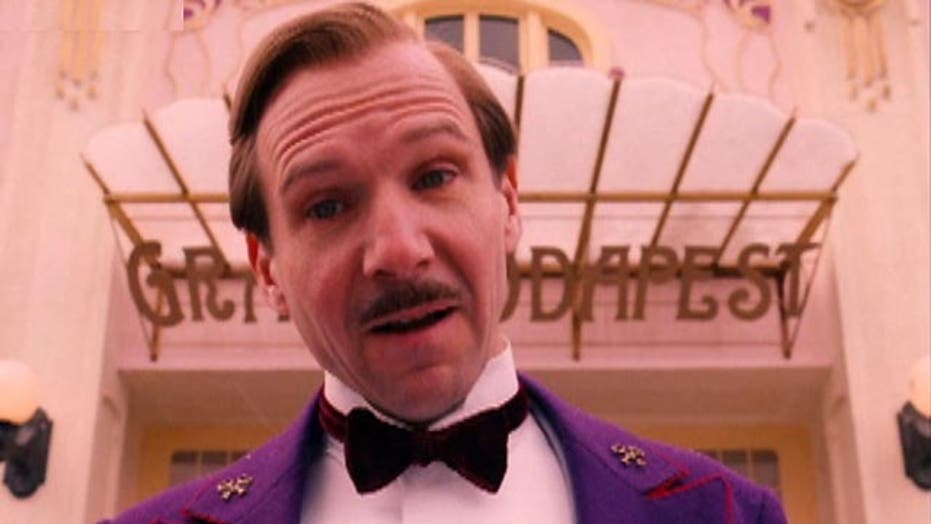 Ralph Fiennes plays concierge Monsieur Gustave in Wes Anderson's new film “The Grand Budapest Hotel,” and says its a character unlike any he’s done before. FOX411 talked to Fiennes about being part of Anderson's go-to players (if there’s a secret handshake), and grand hotel stays of his own.

FOX411: How do you describe "The Grand Budapest Hotel"?

Ralph Fiennes: I think people have come to identify Wes' films with a certain kind of low-key, bittersweet comedy allied to a given visual style, a quite self-conscious visual style in the framing of shots and the movement of the camera is very precise. What it's not is hand-held, jittery, high-speed cutting. I think it's quite pictorially considered, but with a sort of eye to visual humor. So you have a sense of visual humor and a kind of understated delivery of performance which is a sort of odd blend. He doesn't want, I mean this is a generalization, but I feel that Wes is into very simple performances, and he believes if the script is right and the relationships between two people, then this odd simplicity has its own kind of allure.

FOX411: Is it great to be part of the Wes Anderson club?

Fiennes: Yeah, there are some great actors that have been working for Wes for some time and actors I really admire. And some of them I know, and I've worked with them before on other movies. But Wes, he's a very gentle man, and he's unforced, so he's not corralling us or maneuvering us in any kind of heavy-handed way to be a part of quote "his club."  I think he's a gentleman and invites you to come and realize his next story. There's an ease and a lightness of touch. So sometimes the word club suggests something quite fortified and you know a "are we going to let this person in or not?" kind of attitude, and that's not the case at all.

FOX411: So there's no secret handshake?

Fiennes: Well if there is no one's introduced me to it.

FOX411: A lot of people are familiar with your dramatic side, but you get to be funny here.

Fiennes: It was fun at times, sometimes, because I think we both, Wes and I identify the sort of precise nature of things, and also there are moments where it’s sort of bittersweet. Gustave is quite real and felt, yet it still had to have this sort of lightness. So sometimes it was quite, you know, we did lots of takes, often. He likes to do many of takes and so do I, because I think there's a point where you have to sort of, by repetition an actor's preparation get healthily loosened.

FOX411: Have you ever had a grand hotel stay yourself?

Fiennes: Yeah, I've been incredibly lucky in all my travels as an actor and just in life, I've stayed in some great, fancy schmancy places. Sometimes it can be a bit claustrophobic, and you find hotels working so hard to be grand and impressive that they're actually off-putting. So again it's sort of a Gustave-ian skill to run a hotel so the feeling of effortless luxury and service is not rammed down your throat, and it's again a lightness of touch I think.

FOX411: Anticipate the needs… what was it?

Click the video above for more of our Face2Face with Ralph Fiennes.

"The Grand Budapest Hotel" is in theaters now.