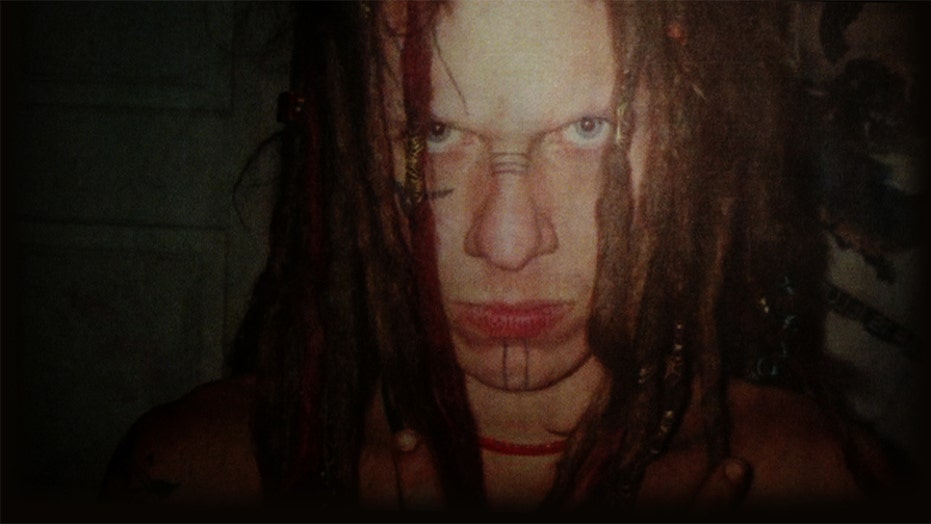 Filmmaker Patricia E. Gillespie wants to shed some light on one of the darkest tales to ever rock North Carolina.

In 2015, self-proclaimed Satanist Pazuzu Algarad, born John Alexander Lawson in San Francisco, was found dead from an apparent suicide in his cell at the Central Prison in Raleigh, the North Carolina Department of Public Safety said at the time.

The 36-year-old is now the subject of a new docuseries on Viceland titled “The Devil You Know,” which aims to explore how Algarad was able to achieve such power among a group of outsiders in the mostly religious town of Clemmons, N.C. — and how his madness drove him to murder.

“What drew me to the case really was not so much the sensational crimes, which they certainly were, but it was pretty clear there was a systematic failure that allows the crimes to happen,” Gillespie told Fox News. “What surprised me the most was how many times this could’ve been prevented.”

“You can really go back in time when the killer himself was a little boy having serious mental health issues and his mother didn’t feel she had the finances to get him the treatment he needed,” Gillespie continued. "And you can go all the way back then, decades before the murders happened, and say, ‘Jesus, could this have never been an issue?”

Algarad and his girlfriend, Amber Burch, were arrested on October 2014 in connection with the deaths of two men who had been missing for five years.

American actress Linda Blair on the set of "The Exorcist," based on the novel by William Peter Blatty and directed by William Friedkin. (Photo by Warner Bros. Pictures/Sunset Boulevard/Corbis via Getty Images)

He previously told psychiatrists he had been practicing the “Sumerian” religion that involved the monthly “Satanic ritual” of a small animal. His mother Cynthia James, who participated in the documentary, had previously told psychiatrists she was worried Algarad might try to kill himself if he were not allowed to perform his “dark moon” sacrifice. Algarad also had so-called “spiritual wives” he welcomed into his circle.

Viceland's true crime series "The Devil You Know" focuses on John Lawson, a self-styled Satanist who renamed himself “Pazuzu." (Viceland)

The Daily Beast previously reported Algarad allowed his friends to do “whatever they pleased to his abode,” including relieving themselves in the corner of a room, and then “leaving the mess to be eaten by one of his many dogs.”

“If people feel pushed out of their community or they’re not getting help, they’ll go somewhere where they’re accepted,” Gillespie explained. “... Everyone’s going to have their own reason for why they showed up there, but I think a lot of it has to do with needing a family, needing acceptance and needing care. Even though it was ugly and nasty, he provided an accepting environment. Some would say an enabling environment.”

A video taken by a county housing inspector showed debris, animal carcasses and moldy ceilings at the home where the skeletal remains of Wetzler and Welch were found buried in the backyard in 2014.

An autopsy report showed that Wetzler was shot three times in the head and at least four times around the torso, the Winston-Salem Journal reported. Welch was shot once in the back of the head.

According to the documentary, Algarad had previously bragged about committing the murders but no one took him seriously. It is believed some of the townspeople tolerated Algarad out of fear. The Daily Beast pointed out the police had received reports about bodies buried in Algarad’s backyard, but nothing turned up after an initial search in the “hoarder-style insanity of the place” and undeniable stench. The outlet shared it took a second, more thorough examination for human remains to be discovered.

While circumstances of how Algarad met his victims remains unclear, Gillespie said it is possible the men found their way into his home and were accepted by the so-called cult leader.

“The man who organized this is dead, but my strong impression was that he was looking to find weak and vulnerable people he can easily dominate in order to cement the fear and reverence he had instilled in the people in his circle and his community, by being extreme as possible," she said. "The short answer is he was a coward and needed to look tough. And these were easy people to exploit and harm.”

Gillespie said that many of the facts surrounding the case were quickly sensationalized in initial reports. In the docuseries, she takes a careful look at Algarad’s deteriorating mental health and the lack of care he received before the murders.

Pazuzu Algarad's mother said finances were to blame for the lack of mental health treatment he received early on before the murders. ​ (Viceland)

“When his mother spoke to me, she said it was mostly about finances,” said Gillespie. “It had a lot to do with money, had a lot to do with access. And at a certain point, if you’re a tiny little woman, you can’t make your adult son who killed people in your house do what you want. I think without a doubt, finances played into this.”

“They diagnosed him as being agoraphobic, schizophrenic, psychotic,” James recalled in the documentary, as reported by Oxygen.com. “That’s when I started getting help for him. But to continue with the psychiatrists and so forth, it takes a lot of money.”

During his psychiatric evaluation, Algarad said he bathed no more than once a year and did not brush his teeth in years. He was also not taking any medications at the time. Algarad then stated he left school in the ninth grade because “that’s when the phobia around people started.” He admitted to regularly drinking since age 13 and consumed a 12-pack of beer daily because it “just calms me down” or he would otherwise get “the shakes.” Algarad claimed when he was outside his house “my anxiety gets so high I faint.” In addition, Algarad said he suffered schizophrenia and manic depression.

Oxygen.com reported practicing Satanists have distanced themselves from Algarad’s actions and the house of horrors has since been demolished.

“I don’t have facts to back up the idea that there are more victims,” said Gillespie. “I certainly heard a lot of stories that I wasn’t able to corroborate to an extent where I was comfortable putting that information out there. I do know everyone who was directly involved with some exceptions that you’ll learn about in the film, has served their time, is serving their time, or has immunity. But I don’t think there’s any further risk from this group of people to the community… I don’t have any personal evidence there were more crimes.”

Gillespie said she hopes audiences will look pass the shocking headlines surrounding Algarad’s case and instead understand how the killings could have been prevented.

“My loftiest goal is that it will change the way some viewers look at crime and they’re not just looking at gun powder residue and blood splatter, but they’re working out, ‘What is the cultural context?’ ‘What could have been my role in it?’ ‘Do I need to reach out to that kid?’ ‘Do I need to demand better of my police department?’” said Gillespie. “I hope it’s going to make people start asking questions.”

The finale of "The Devil You Know" airs Sept. 24 at 10 p.m. on Viceland. Previous episodes can be streamed here. The Associated Press contributed to this report.