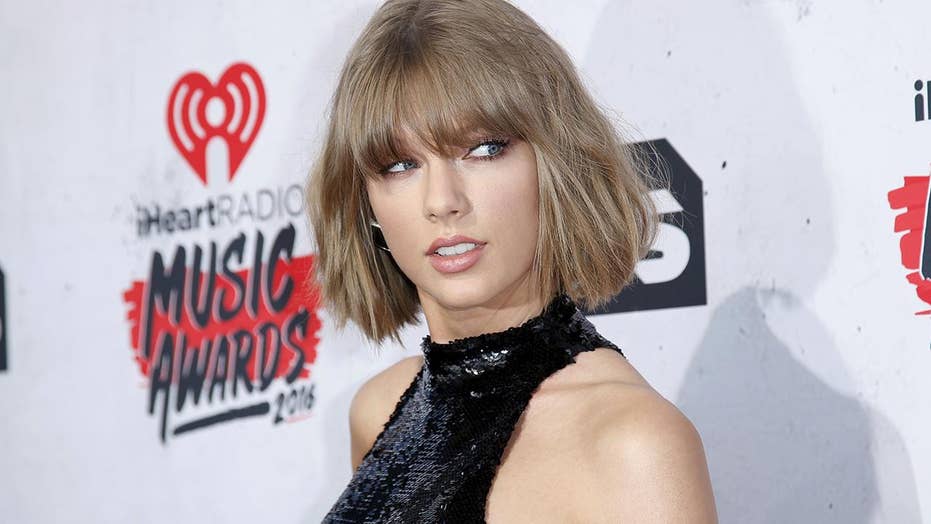 With Taylor Swift looking on, potential jurors in her lawsuit against an ex-Denver radio host were asked Monday if they had ever been inappropriately touched or wrongly accused of groping someone — the issues at the center of the case.

A 15-page questionnaire released as jury selection began in the dueling lawsuits also asked candidates if they had seen any pictures related to the case — a possible reference to a photo that shows DJ David Mueller with his right hand behind the pop superstar, just below her waist, before a 2013 concert in Denver.

The photo was obtained by TMZ then sealed by a judge earlier in the case.

KATY PERRY: TAYLOR SWIFT IS TRYING TO 'ASSASSINATE MY CHARACTER'

Swift claims Mueller grabbed her on the buttock during a meet-and-greet photo session at the show. Her lawyers have called the photo "damning" proof that Mueller groped her.

Mueller, who also attended jury selection, denies the allegation and says the photo only shows him trying to jump into the frame. Swift and Mueller are both smiling in the picture.

However, they weren't even looking at each other in court on Monday.

Mueller, wearing a dark suit, sat at the plaintiff's table with his back turned to Swift, who sat at a nearby table with her mother, Andrea Swift, and their attorneys.

Mueller often appeared to be reading documents while Swift watched the proceedings closely, occasionally conferring with her counsel.

In his lawsuit, Mueller claims he was fired from his job at a country music station after Taylor's team wrongfully told his boss that Mueller had groped her. He is seeking at least $3 million in damages.

Swift appeared in court in a white dress and black jacket, even though she and Mueller were not required to attend until the actual trial begins.

Potential jurors were asked whether they are fans of either Mueller or Swift, including if they had ever seen Swift in concert, downloaded or purchased her music, or attended the 2013 concert.

The jury questionnaire also said anyone who is uncomfortable with discussing any instances of inappropriate touching can speak to the judge in private.

The eight-member jury will be chosen from a pool of 60 candidates, court spokesman Jeff Colwell said. There will be no alternates.

The selection process could last through Tuesday, with opening statements to follow.

One juror was dismissed over his answer to the question, "In a lawsuit between David Mueller and Taylor Swift would you have bias for or against either Taylor Swift or David Mueller?" The potential juror answered, "She seems petty and spiteful."

The case is being heard in federal court because Swift and Mueller live in different states — Swift in Nashville, Tennessee, Mueller in Colorado — and damages at stake exceed $75,000.

The trial is expected to last about two weeks. Court documents say it is unlikely that either side will settle.

Swift is seeking a verdict that awards her $1, while holding Mueller responsible and "serving as an example to other women who may resist publicly reliving similar outrageous and humiliating acts," her lawsuit says.

Swift and Mueller are both expected to testify, along with Mueller's former boss and members of Swift's entourage.

Mueller, then 51, was a morning host at a country music station when he was assigned to attend Swift's concert at the Pepsi Center in Denver. Mueller was backstage with his girlfriend when they met with Swift, then 23, in a curtained enclosure. They posed for a photo and left.

Later, Swift's bodyguard confronted Mueller with the allegation that the DJ had reached under the singer's dress and grabbed her.

Mueller denied the allegation and says he asked that they call the police. He and his girlfriend were escorted out of the arena and a member of Swift's team called his boss.

Swift never went to the police. She tried to keep the situation "discreet and quiet and confidential" and was upset by Mueller's claim that "for some reason she might have some incentive to actually fabricate this story," her attorney, Douglas Baldridge, has argued in court.

Mueller's attorney, Gabriel McFarland, argues that Mueller may have been misidentified after someone else touched Swift.

In addition to Swift, Mueller named her mother and a member of her team as defendants in the lawsuit. 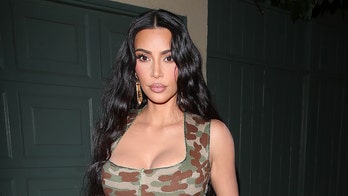