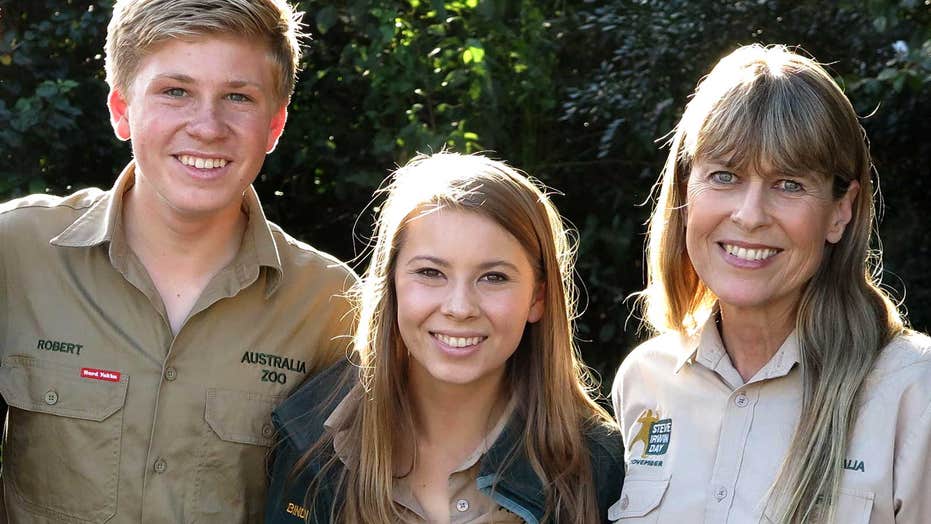 Like his famous father, Robert hosts a reality television show surrounding his work with animals, and his family shared sweet throwback photos on social media to celebrate his special day.

"Happy 16th birthday, @RobertIrwin," Steve's wife Terri said on Twitter. "Your dad would be so proud of you. He has loved you since the moment you were born."

The message was accompanied by a photo of Steve cradling a newborn Robert in 2003.

Robert's sister Bindi also shared two photos of young Robert to Instagram to wish him well on his special day.

"Happy 16th Birthday to the cutest ducky I’ve ever known," Bindi, 21, captioned a photo of Robert in a duck costume. "Robert, one of the best parts of my life is getting to be your sister. Thank you for being such a wonderful light in my life. You’re amazing and I love you!

The next photo showed a slightly older Robert examining a large lizard with his mother, both dressed in the family's signature beige zoo uniforms.

"One of the sweetest photos ever taken," Bindi wrote. "My whole world. It’s incredible that Robert is sixteen now, time sure does fly. Also, Mum is the most beautiful woman in the world."

Bindi's fiance and professional wakeboarder Chandler Powell also shared a photo of himself and Robert to celebrate the occasion.

"Happy 16th Birthday @robertirwinphotography," said Powell, 23. "Our adventures together are always so much fun. Thanks for being such an awesome friend and brother!"

Finally, Robert posted a photo to Instagram of himself feeding a crocodile as it lept out of the water at the Australia Zoo.

"You know it’s going to be a great birthday when it starts by feeding a croc," Robert said. "Thank you to everyone who came out to @australiazoo today.. it meant the world to celebrate with you all!"

Steve Irwin passed away in 2006 after being pierced in the chest by a stingray's barb while filming. Terri continued to run the Australia Zoo, and both of their children have been involved since.