"Southern Charm" star Kathyrn Dennis spoke out about the sexual assault allegations against her ex and father of her two children, Thomas Ravenel.

The reality star appeared on Bravo's "Watch What Happens Live" on Monday where show host Andy Cohen asked her about the allegations.

“Well, I’m waiting until the investigation is complete before I comment on anything. Right now my kids are my main focus," she said.

The former model, 26, dated Ravenel for the first four seasons of the hit Bravo reality show and has two children with him. Now, the two are separated but working on co-parenting their kids.

Cohen's other guest, "Southern Charm" star Craig Conover, also shared his opinion on the allegations and said, “All I know is what I’ve seen in the media, it wouldn’t be right for me to say anything at this point. I’m kind of just — I mean, I’m where everyone else is."

The allegations against Ravenal first came to light earlier this month when model-turned-realtor, Ashley Perkins, accused the star of sexually assaulting her mother while on a first date in 2015. 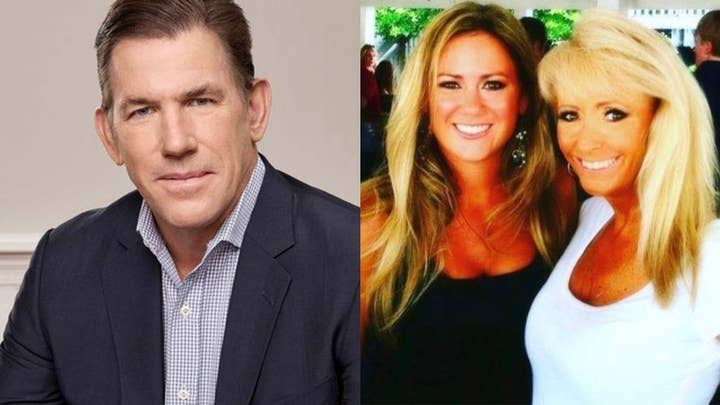 Perkins told Fox News her mother, Debbie Holloway Perkins, met Ravenel over Tinder in October 2015. She said after a few months of talking, Ravenel asked Debbie on a last-minute date on December 25, just over a month after Ravenel's now-former girlfriend gave birth to their son on November 10, 2015.

A rep for "Southern Charm" and Ravenel did not return Fox News' requests for comment.

She continued, "...She finally screamed at him, 'You're a rapist!' And apparently, that was a trigger word for him because he jumped right off of her."

Perkins said that she was later compelled to speak out after seeing a commercial for Ravenel's show. Her mother then reached out to Gloria Allred, who agreed to take her case. Ravenel reportedly agreed to settle with Debbie for $200,000, according to Ashley, who said she was present during the mediation on June 1, 2016. Allred had no comment when reached by Fox News.

Ravenel's current girlfriend, Ashley Jacobs, has not addressed the allegations but has since shared photos of the couple together on Instagram.

On April 30, she shared a photo of her and Ravenel with the caption, "Do not judge my story by the chapter you walked in on."