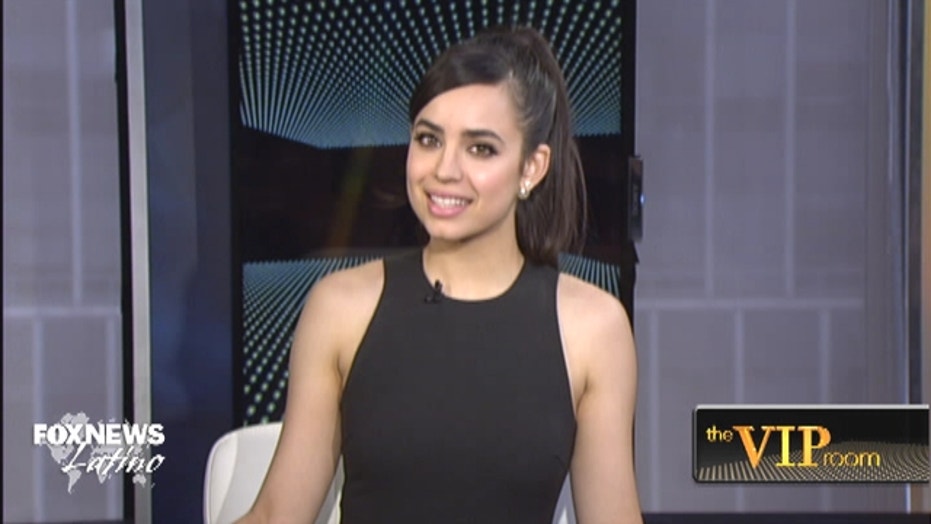 Sofia Carson is breaking into Hollywood with 'Descendants'

With “Descendants,” Carson is truly making her big break into Hollywood — one the handful Latinas who have used Disney as a launching point for their careers.

Sofia Carson is not your average college student.

The 21-year-old senior studying communications at the University of California, Los Angeles has been balancing a budding acting career and her academics for years and it’s all been paying off.

Carson, who is of Colombian descent, is about to star in her first Disney Channel original movie, “Descendants,” premiering Friday.

In the film Carson plays Evie, the teenage daughter of the Evil Queen from “Snow White,” who has been allowed to leave the island exile with the children of other Disney villains for a new boarding school. It’s a Disney twist to what happens after the “happily ever after.”

“Being the daughter of the Evil Queen from ‘Snow White’ you can expect that Evie is naturally vain and superficial,” Carson told Fox News Latino. “She was raised to be like that and she was raised to believe that what matters most in life is what she saw in the mirror and needs a prince charming to have a happy ending.”

She added: “But there is more to Evie than what meets the eye.”

Throughout the course of the musically-filled movie, Evie learns that her mother, played by Kathy Najimy, was wrong and that “true beauty lives in the inside.”

“I was such a fan of Kenny … so when I stepped into the audition room [and saw him], cause they hadn’t told me that he was directing the movie — my jaw was on the floor,” she said. “To be able to work under his guidance and dance his choreography and be directed by him, as an actress, and learn from him was really an amazing experience. He had such a vision for the film.”

Carson, who began her career with a guest spot on Disney’s “Austin & Ally,” said Ortega has such a strong vision of how the film was going to turn out that he pushed the actors – “in the best way possible to be the best version of yourself” – to achieve it.

While filming, Carson was taking some classes at UCLA to complete her degree – she still has nine classes to go before graduation. She called attending college “a blessing,” especially because it allowed her to escape the craziness of her career and just be a normal teenager.

“It is hard. You do have to balance your time,” she added.

With “Descendants,” Carson is truly making her big break into Hollywood — one the handful Latinas who have used Disney as a launching point for their careers.