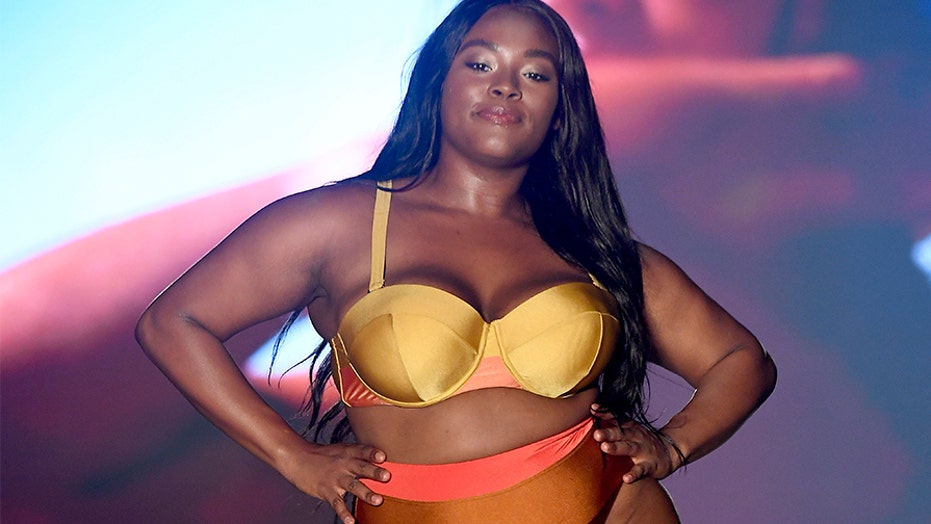 Brielle Anyea burst into tears as she saw her dreams of becoming a Sports Illustrated Swimsuit model come to life.

The star and designer behind swimsuit label MissesBrie is one of the top six finalists for the magazine’s 2020 Model Search. Anyea joins Kathy Jacobs, Clarissa Bowers, Jamea Lynee, Christie Valdiserri and Tanaye White as one of the select few who flew to sun-soaked Turks and Caicos and strutted for the camera in the hope of becoming the final Model Search winner.

But before she strutted her stuff, Anyea did shed some tears on set -- because it has been a long time coming.

Anyea spoke to Fox News about the struggles she endured being accepted by the modeling industry and what it was really like trying out for the search, as well as having an “epiphany” that forever changed her life.

Fox News: What was your reaction after hearing you’re a SI Swimsuit Swim Search Finalist?
Brielle Anyea: Instead of being in complete shock where I’m speechless, I screamed at the top of my lungs while I was on the phone with one of the editors *laughs*. I must have burst her eardrum but I did apologize! I’m just so grateful because I wasn’t expecting that phone call at all.

It’s one of those things where you’re just thankful to be surrounded by so many amazing, inspiring women. But even with that, I wasn’t expecting to be a finalist at all. I was just enjoying the process. So to be named as a finalist was just a surreal moment. It also feels like a long time coming because I’ve been working really, really hard over the years to get an opportunity like this as a model.

Fox News: Looking back, what compelled you to try out for the Swim Search?
Anyea: This actually wasn’t my first time applying. I tried out for it twice. I did it in 2018 after I saw a couple of my model friends do it. They got really far in the process and I thought, “If they can do it, I can do it too.”

BROOKE SHIELDS, 55, SHARES HER SECRETS TO FEELING YOUTHFUL IN A SWIMSUIT

I got to the Top 67 but didn’t make it further after that. I honestly believe it was because I didn’t have as much confidence in myself and my journey as I do now. This time, I gave them my all. My family has taught me that if you really want something, you have to work hard for it. It’s not always going to be an easy path. It’s about being consistent. That stayed with me.

Fox News: You originally started modeling in 2015, but it sounded like you faced a lot of resistance from several modeling agencies.
Anyea: That’s correct. I’m not a spring chicken when it comes to modeling. And in 2015, I felt like plus-size modeling was just on the brink of being mainstream. We started seeing a lot more amazing models of different shapes and sizes banding together to show that plus-size modeling is a thing and here to stay.

But before that, I didn’t get a lot of jobs because [agencies] weren’t interested. To them, I was either too big or too dark. I struggled with this a lot because you’re being told in your face directly that you're not enough. I was told by top modeling agencies that if I even want to step foot in the casting process, I need to say out of the sun and I need to drop a lot of pounds. It was painful. That can be very disheartening.

Fox News: You eventually discovered cure modeling, but that can sometimes come with its own challenges.
Anyea: It was tough because I’ve gotten strong critiques about my body, my appearance and my skin tone. I walked six miles a day, two times in the morning and then once at night to try to get into sample size and be as slim as possible. I was also starving. But I had an epiphany. What am I doing? Why do I have to become someone I’m not just to be markable. I just thought, “Screw this.” If I can’t get my foot in the door with the way I look, I’m going to build my own opportunities. That’s when I created a platform on Instagram where I shared my stories and struggles as a model.

It turned out there were so many women who were going through the same thing and they weren’t all models. And honestly, it was because I started speaking out and interacting with other women that more opportunities started coming my way, ones that accepted me for who I was. But it wasn’t enough just to be a plus-size model. I wanted to use my platform as an outlet to raise awareness of body positivity and share the messages that I wished I could have heard when I was struggling. And it’s been growing from there.

Fox News: It’s been said that Sports Illustrated Swimsuit has become more inclusive than ever. Why is it important now more than ever to have representation like this in SI?
Anyea: Oh my goodness, it’s so important. I can’t even begin to tell you how many emails and DMs I’ve gotten from women of all ages from all around the world saying how grateful they are to see SI expand and feature other women who look like them. It’s a beautiful feeling when you’re part of the change. It’s beyond being in a magazine. It’s about making women feel more welcomed and united. And they matter. We finally get to see women from all walks of life come together. They’re part of the club, too.

Fox News: What does being in SI mean to you?
Anyea: It means the world. It means the world plus tax. I’ve spent years fighting for a seat at the table. And it finally happens. This doesn’t just help you and your career. It helps other women as well. I feel like my job is done. This is what happens when you’re consistent and never give up. You need to believe in change and keep fighting for it.

Fox News: For the upcoming issue, you shot in Turks and Caicos. What was that like?
Anyea: I cried like a baby on set *laughs*. I cried so hard because it was such a surreal moment. It’s one thing to be told you’re in the top six, but it’s a completely different feeling when you get on that plane and then you’re photographed by the top photographer for SI. I cried so much, but I had to keep my composure *laughs*. And the photoshoot was a lot of fun.

Fox News: Some critics may argue that SI Swimsuit is nothing more than a magazine showing women wearing bikinis. What would you tell those critics?
Anyea: Everyone is going to have their own opinion and I can’t bash someone for having their own perspectives and opinions. All I can do is shed light on the facts. And the fact is SI is doing such a good job at showcasing women beyond the swimsuit. These women are sparking a global conversation on what it means to be represented.

You have a woman in her 50s and someone like me, a dark, plus-sized woman. You have a woman in neuroscience and another rocking her ‘fro. It can’t get more diverse than that. It tells a story. The story is it’s not just about the swimsuit. It’s about the woman behind it. They’re here, along with their stories and experiences. It’s more than just the photo. We are a sisterhood.

Fox News: What advice would you give to any woman who wants to feel confident in a swimsuit, but doesn’t known where to begin?
Anyea: It’s definitely a matter of taking it one step at a time. I didn’t feel comfortable wearing a bikini or a tankini for that matter. I was all about one-pieces and swimsuits with a skirt. I didn’t want to get out of my comfort zone. But it all starts with embracing your body, at whatever size or shape you are. If you feel awesome and completely at ease, it will show. But take it one step at a time. But your bikini on and wear it around the house. When you see yourself in the mirror, go, “Dang, I am hot.” You need to re-program your brain. You are the boss of your body. Celebrate it.