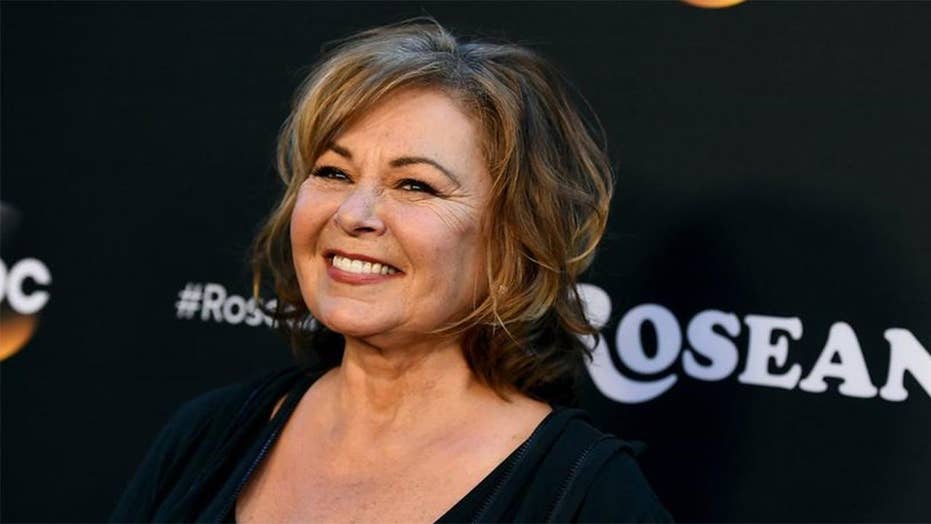 Roseanne Barr breaks down during interview

Rabbi Shmuley Boteach says it's time to allow Roseanne Barr to make restitution for racially charged tweet that resulted in the cancelation of her ABC show.

Roseanne Barr teased that she will be doing a television interview "this week" as she continues to reel after a racist tweet led to her firing and the cancellation of ABC's "Roseanne" reboot.

Barr, 65, posted the cryptic message on Twitter Sunday evening with no additional details.

8 Recent TV Shows That Kept Going After Losing Their Star, Before 'Roseanne' Became 'The Conners'

"To my wonderful fans who I treasure and love-who have carried me these past weeks when I was 2 weak 2 carry myself: I will be doing a TV interview this week," she wrote on Twitter. "I’ll tell u about it tomorrow!"

About 30 minutes later, she posted a second tweet, this time showing off her new blonde hair.

Barr has vacillated between apology, denial and defiance since her now-infamously racist tweet comparing Valerie Jarrett, a black former Obama administration adviser, to a monkey led to not just her firing, but the cancellation of the entire show.

At first, she claimed it was "a bad joke about her politics and her looks." Then she claimed that the sleep aid Ambien led her to write the tweet. Finally, she claimed that she didn't even know that Jarrett was black and that "I never would have wittingly called any black person… say they are a monkey. I never would do that! And I didn’t do that."

Sara Gilbert Is 'So Excited' for 'Roseanne' Spinoff 'The Conners'

Still, at least part of "Roseanne" will continue, as ABC ordered a Barr-less spinoff tentatively titled, "The Conners," that will continue without the Roseanne character. Barr, meanwhile has said that she's received "so many" project offers since the racist tweet deep-sixed the show.