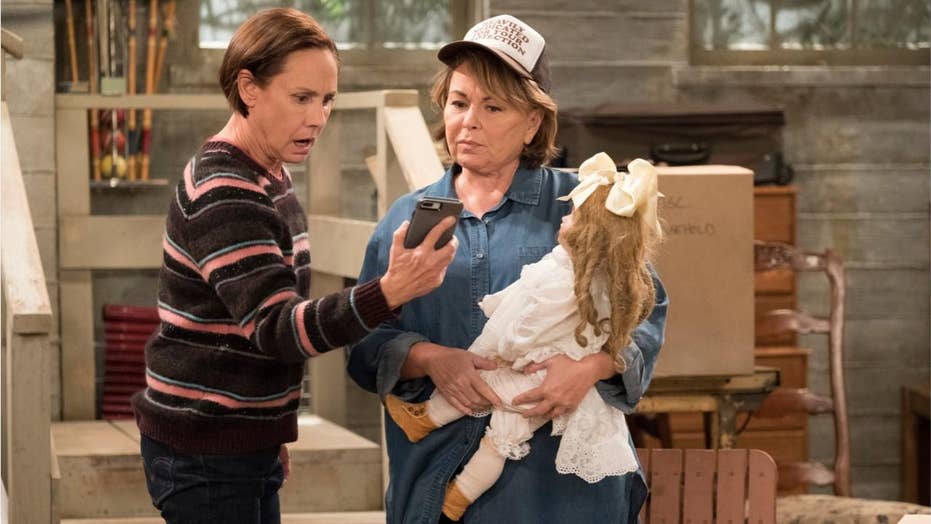 Less than 14 hours after following up a racist tweet by writing, "I apologize. I am now leaving Twitter," Roseanne Barr was back on the social media platform late Tuesday.

In a series of late-night tweets, Barr appeared to blame the prescription sleeping pill Ambien for the racist tweet that led to her show's cancellation Tuesday. She also repeatedly criticized ABC for what she implied is the network's hypocrisy.

"guys I did something unforgiveable so do not defend me," she wrote in one post and then deleted Tuesday night. "It was 2 in the morning and I was ambien tweeting-it was memorial day too-i went 2 far & do not want it defended-it was egregious Indefensible. I made a mistake I wish I hadn't but...don't defend it please. ty."

PHOTOS: Cast of 'Roseanne' then and now

Barr doubled down on appearing to blame Ambien two hours later: "I think Joe Rogan is right about ambien. Not giving excuses for what I did(tweeted) but I've done weird stuff while on ambien-cracked eggs on the wall at 2am etc -."

"Don't feel sorry for me, guys!!" Barr also tweeted, before discouraging people from boycotting ABC. "I just want to apologize to the hundreds of people,and wonderful writers (all liberal) and talented actors who lost their jobs on my show due to my stupid tweet. I will be on Joe Rogan's podcast friday."

Earlier Tuesday evening, Barr also retweeted several posts from a variety of other Twitter users, including some that contained doctored images and incorrect information.

Barr also retweeted a fake image of Jarrett's Stanford yearbook quote, in which she purportedly says she wants to make the U.S. a more Islamic country. Barr later retweeted corrections from people who pointed out the photo was fake.

The comedian also posted several retweets that highlighted perceived hypocrisy by Disney, the parent company of ABC and ESPN.

"Not repugnant according to @WaltDisneyCo," read one post that Barr retweeted, referring to angry anti-Trump comments by Keith Olbermann, who recently returned to ESPN.

WATCH: MIKE PENCE ASKS BEHAR TO APOLOGIZE TO ALL CHRISTIANS

"Joy Behar mocked Mike Pence’s faith on The View and said that the way he prayed to Jesus was 'mental illness,'" read another post that Barr retweeted. "She didn’t apologize until a month later. ABC was silent. Roseanne‏"

"I look like a monkey. Why?" began one of the posts. "My DNA is 96% similar to a monkey's. It makes scientific sense. But due to emotions, double standards & feelings science is cancelled this year. There are 5,000 genders & if you don't agree with me you're a racist xenophobe."