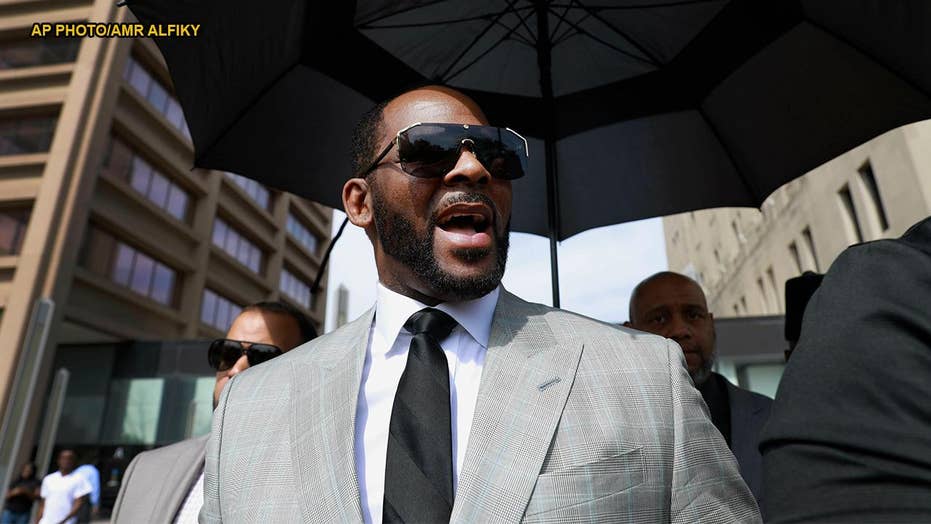 R. Kelly’s federal trial in Chicago is scheduled to begin in April, a judge ruled Wednesday.

One day after he was released from solitary housing in the Windy City’s Metropolitan Correctional Center and into the general population at the lockup facility, a judge set an April 27, 2020 trial date for child pornography and obstruction charges against the embattled “I Believe I Can Fly” crooner, the U.S. Attorney’s office in Chicago confirmed to The Post.

Kelly’s attorney, Steve Greenberg did not immediately respond to a request for comment, but The Associated Press reports that the attorney expressed doubts that Kelly’s defense team could be ready for trial by that point.

R. Kelly, right, arrives at the Leighton Criminal Court for a hearing on Friday, March 22, 2019, in Chicago. (AP Photo/Matt Marton)

The federal case in Chicago is one of four sex-crime cases bearing down on the 52-year-old R&B performer, whose real name is Robert Sylvester Kelly.

In Chicago, Kelly is accused of recording himself having sex with five different minor girls from 1998 to 2002, and paying hundreds of thousands of dollars to at least two of the minors to get them to return videotapes of Kelly having sex with them.

Kelly is also facing charges of racketeering, transporting women and girls for sex and sexual exploitation of children in Brooklyn federal court, aggravated sexual assault charges in Cook County, Illinois — which encompasses Chicago — and charges in Minneapolis that he groped a 17-year-old girl after he paid her to dance naked for him in a hotel room.

Kelly, who has pleaded not guilty, is due back in court in Chicago on Oct. 20 for a hearing to determine deadlines for prosecutors and Kelly’s attorneys to submit pre-trial motions.