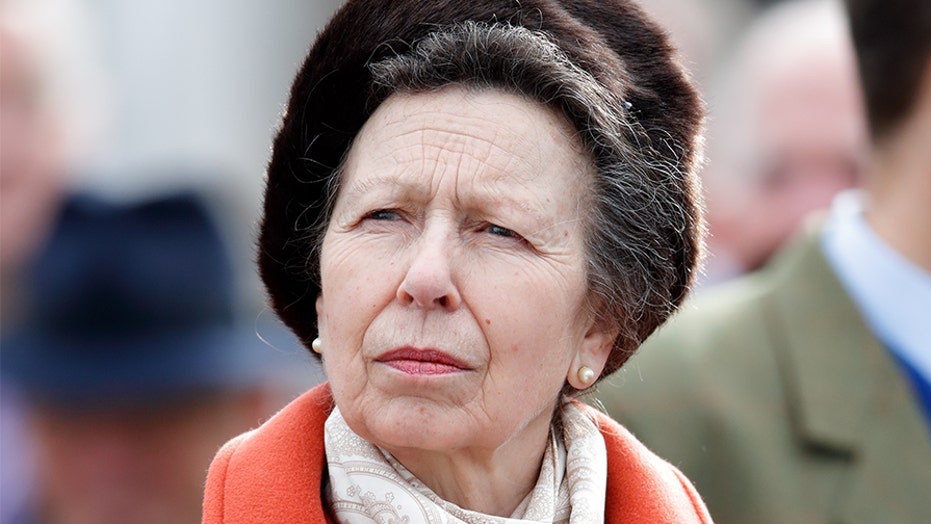 The daughter of Britain’s Queen Elizabeth is seen congratulating those involved in a video clip shared by the royal’s family Instagram page on Thursday.

The 69-year-old appeared to be speaking from her manor house in Gatcombe Park estate in Gloucestershire, where she is isolating, U.K.’s DailyMail reported. The land is also home to her children Zara Tindall, 38, Peter Philips, 42, as well as their families.

According to the outlet, the hospital was named after a Glasgow-born nurse who volunteered and died working for the Scottish Women’s Hospitals (SWH) during World War I. It features over 1,000 beds to help against the COVID-19 crisis.

“May I offer my congratulations to everyone who has made it possible to open the NHS Louisa Jordan Hospital in Glasgow,” said Anne. “Construction work only began on the 31st March and was completed on the 19th April. An astonishing achievement by contractors and all the NHS staff who were involved in the project.”

“This was a successful team effort and it will need to continue in order to make the best use of the facilities here,” she continued. “I am particularly pleased by the name you’ve chosen. A few years ago, I helped celebrate the centenary of the Scottish Women’s Hospitals and their founder Dr. Elsie Inglis. Glasgow-born Louisa Jordan and many others responded to her challenge by working as nurses in one of the 14 hospitals set up across Europe in the First World War.”

“The biggest risk to their patients and themselves was often disease, especially typhus,” shared the royal. “Louisa Jordan herself died of typhus in Serbia in 1915. That devotion to patients is being shown by nurses, medical and support staff across Scotland today. So it is entirely fitting that we should name this new hospital after Louisa Jordan.”

Anne noted that the battle against the coronavirus isn’t over.

“The role of this building is about providing spare capacity which will ensure support to the whole of the NHS in Scotland,” said Anne. “And importantly will give confidence that there are enough facilities available for whatever happens now or in the future. COVID-19 has done something very rare. It has affected every single person’s life in some way. Sadly for some, in a very personal and final way.”

“But will many people feel frustrated and helpless, the Louisa Jordan Hospital is a way of being positive and helpful,” Anne noted. “And although we would all hope that it doesn’t need to be used, we can all be very grateful that it exists.”

As of Wednesday, the U.K. had the third-highest coronavirus death toll in the world after the British government published new figures that include deaths outside of hospitals.

After factoring in deaths in all settings, such as care homes, the number of people in Britain who have died after testing positive for the virus has now hit 26,097, way ahead of the 21,678 announced on Tuesday. Until now, hospital deaths have been reported daily, while deaths in nursing homes and other settings were reported separately on a weekly basis.

Under the new measurement, the U.K. has leapfrogged Spain and France in Europe, with only Italy ahead. The U.S. has the world’s highest death toll.

In spite of the grim death news, the trends in most of the virus-related numbers are heading in the right direction in the U.K. The number of people being hospitalized with the coronavirus has been falling for the best part of three weeks, particularly in London, which was the epicenter of the outbreak in the country. Also, the number of coronavirus-related deaths are falling when measured on a seven-day rolling basis.