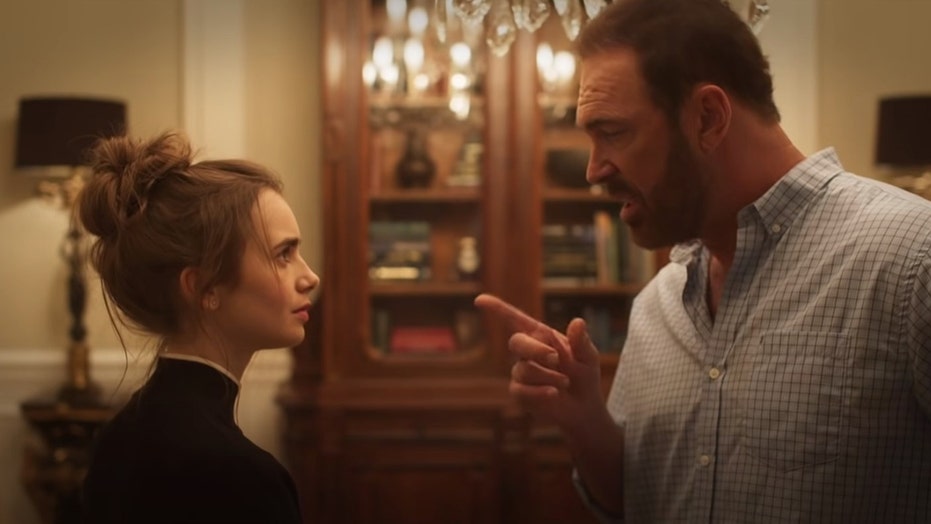 Patrick Warburton, who played Elaine’s boyfriend Puddy on “Seinfeld,” discusses the success of the sitcom since its debut 30 years ago.

EXCLUSIVE: Patrick Warburton, one of the most immediately recognizable voices in show business, is opening up about his new film, “Inheritance."

In the movie, Warburton plays Archer Monroe, the patriarch of a wealthy and powerful family who suddenly passes away, leaving his wife and daughter with a shocking secret inheritance that threatens to unravel and destroy their lives. The 55-year-old actor spoke to Fox News about performing in the thriller starring Lily Collins, “Mission Impossible” actor Simon Pegg and “Wonder Woman” and "Gladiator" actress Connie Nielsen.

“Well, it was rather sad and tragic – his relationship with his daughter – it is perhaps a bit complicated. And Archer certainly has some growing to do,” Warburton told us of his character’s dynamic with his family.

“I shot everything I had to do on this film in about three days. So it's flashback scenes and whatnot. But this is pretty simple as far as looking at the material,” the “Emperor’s New Groove” star continued. “And I know Archer is not the warmest cat, you know. And obviously he was lacking as a father.”

In addressing the dichotomy of the Monroe clan and the power they wield in the film, Warburton drew from his connection to his own children and explained that he wished Archer Monroe took more pride in being there for his family regardless of his political stronghold.

30 YEARS OF ‘SEINFELD’: PATRICK WARBURTON EXPLAINS WHY THE SITCOM STANDS THE TEST OF TIME

“I think it's that dynamic and the complexity with their family being as politically involved as they are. And, you know, all over the board,” the “Family Guy” star said. “And to a degree, you see how when you're that ambitious and it's all about success and getting to the top that all the more important things in regards to life and love and family all get tragically lost. And it's your own hand. I think if there's anything at all that's evident, you can see it.”

Actress Lily Collins and Patrick Warburton in a scene from 'Inheritance.' (Vertical Entertainment)

Warburton said developing a positive family atmosphere was important to him when raising his own since much of the time seems to go too fast. He said he, his four adult children and his wife, Cathy Jennings, sat around watching home movies over the quarantine period, which brought them back to specific moments and helped them grow as a unit.

“It's so fun to be in the early stages. It really is but they grow so fast because I have four adult kids and it sounds so cliché, but you don't know where the time goes,” he lamented. “I mean, I have a 27-year-old son, a 26-year-old daughter, a 22-year-old son and a 19-year-old son. And it's just gone. You know, we just started watching home movies the other day. And the kids are – they're loving them and I'm so glad that we got them.”

'SEINFELD': 12 THINGS YOU DIDN'T KNOW ABOUT THE SHOW

For the voice actor, he explained the opportunity to step into a different role where his character isn’t always present was beneficial for him and he had a blast acting in a thriller. The film was also selected to air at the 2020 Tribeca Film Festival.

“I sure like it. It's fun. It's got a nice twist at the end. And it's different for me,” Warburton said. “You know, I like when I get to do something different. And I always enjoy watching things where you see different actors, people that you're used to seeing doing one thing, do something very different. And that's when I feel like this industry is at its best and most imaginative when they don't try to put everybody in a box and say, well, this is what you do and that's what you do.”

The “Seinfeld” staple said he can finally check the genre off his list along with past roles that he's enjoyed, including getting killed in a horror film.

“You just want those opportunities. And in the last few years, I've had some nice ones to get to do,” he said. “So very different projects – 'A Series of Unfortunate Events' was a departure, I would say. I can check off getting killed in a horror movie – a ghost face in a 'Scream [3]' movie, killed me. That was fun. But I'm not always looking to check things, I'm just always looking for something different, interesting and challenging.”

LILY COLLINS PAYS TRIBUTE TO 'THE BLIND SIDE' 10 YEARS AFTER ITS PREMIERE: 'FOREVER GRATEFUL'

When most of the world has been inside for the last few months amid the coronavirus pandemic, Warburton -- who played recovering germaphobe and Elaine’s on-again, off-again boyfriend David Puddy on the iconic sitcom “Seinfeld" -- said his old character’s leisurely demeanor would have helped Puddy thrive in quarantine.

“Oh, gosh, he'd probably be fine because he's such a dope and he could just sit there,” Warburton quipped of Puddy. “He would just stare at the back of a chair on an airplane or he would just sit on that couch staring everything down. Staring down the quarantine.”

“So the rest of us, we'd get a little stir crazy. And at a certain point, we're done with our Netflix and in my case, my online Backgammon, which I play incessantly. But David Puddy, he could just sit there and stare and seem to be OK. He’s not the sharpest tool in the shed.”

“Inheritance” is available now on digital and video on demand.