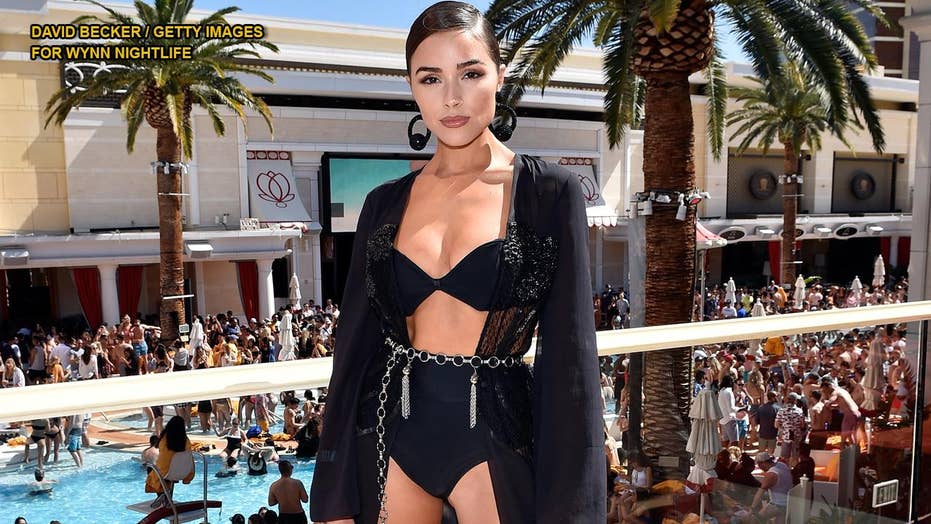 Pageant queen-turned-model Olivia Culpo recalls what it was like posing topless with a snake for the new issue of Sports Illustrated Swimsuit.

Olivia Culpo is clear that one of the most terrifying things she’s ever had to do was pose topless with a snake.

“Honestly, it was so scary,” the Sports Illustrated Swimsuit model recently revealed at the magazine’s red carpet while celebrating the new issue in Miami.

“The snake was like constricting, which means it’s about to eat its prey. So, there were a few times we had to unwrap it, put it back on. We took off the top because we wanted to just see the snake. So, it would be sliding all over everything. It was really scary and weird. And it was also freezing.”

The 27-year-old, along with over 30 models, headed to Miami for “SI Swimsuit on Location,” a two-day ticketed exhibition which gave fans the opportunity to explore one-of-a-kind installations and photo experiences.

The magazine’s stars all celebrated at Mynt and Myn-Tu, the newly opened Japanese-French concept restaurant by Romain Zago next to the lounge. It was there where they candidly shared their experiences posing in the sizzling issue.

Despite the major fright, Culpo said she had zero regrets making the daring snap in Australia’s Kangaroo Island reality.

“I’m here to tell the tale,” she said. “I have no regrets. It was worth every minute for sure.”

Earlier this month, Culpo revealed she landed the top spot of the annual Maxim Hot 100 list – which celebrates powerful, head-turning women in pop culture –  in an Instagram post.

"I’ve always looked at the Maxim Hot 100 with admiration," Culpo wrote alongside the magazine's July/August cover, which features the brunette beauty in a silk cover-up and lace underwear paired with hoop earrings.

She continued: "There have been so many smart and successful women featured who have inspired me and my career in countless ways which makes this cover so meaningful to me. It still doesn’t feel real!

"Thank you so much @maximmag for the opportunity and to all of the people who worked on this with me," Culpo concluded her post.

The magazine also shared the news on its Instagram page, congratulating the former Miss Universe for being named its 2019 Maxim Hot 100 cover model.

The Maxim 100, which first debuted in 2000, has previously given the top honor to stars such as Taylor Swift, Miley Cyrus, Olivia Wilde and Hailey Baldwin. Last year’s winner was fellow model Kate Upton.

Back in May of this year, the former Miss Universe told Fox News that making “one of the most unforgettable photo shoots” she’s ever done was far from simple.

"When I was holding the python I was definitely nervous and then I'm really nervous just leading up to it because I want to make sure that I'm doing everything I can to feel the best and hopefully make the best picture," she explained. "So there's a lot of pressure for sure."

To feel her best, Culpo said she follows a "really strict diet."

"No sugar. No carbs. No alcohol," the brunette stunner revealed. "Basically, all protein and fiber and the only kinds of carbs I'll have is sweet potato or greens or fruit."

As for the first thing she splurged on after posing for this year's SI Swim issue? "Honestly, I think it was wine," shared Culpo, who added that she typically leads a "lifestyle that's balanced" or what she refers to as the "80-20 rule" when she's not prepping for a shoot.

"I really don't believe in dieting. I notice that when I have a shoot coming up or when I'm being really diligent about my diet, I can pretty much do it up until the day or two before and then I start to go crazy, and basically like self-sabotage myself. As soon as I tell myself I can't have sweets then I really want sweets," she explained.

Culpo — she loves indulging in ice cream, pizza "and/or" alcohol — also credits her fitness routine in allowing her to splurge whenever she wants.

"I love working out. I feel like if I didn't work out as much as I did, I probably wouldn't be able to get away with eating the way that I eat, so for me it works out well."

When it comes to dealing with critics on social media, the influencer —  who has 3.9 million Instagram followers — admits that it "can be really, really difficult."

"I definitely see a lot of my friends who are in the public eye struggle as well or get wrapped up in it and it's hard not to sometimes lash out at people or ask them why they're saying certain things," Culpo explained. "But I've honestly been able to develop some pretty thick skin and I have a really great support system as well and the way that I think of it is if there's anything I ever really needed to know, good or bad, my friends and family who actually know me will tell me that.

"So when I read mean things online, I don't take it seriously, I really just try to ignore the noise — that's my phrase — because you can't really control what other people are going to say and a lot of the times they don't know you at all."

In keeping with her positive mantra, Culpo just focuses on those who inspire her.

Before Culpo flaunted her curves with a snake, she told Sports Illustrated the craziest thing she’s ever had to do on a shoot was surprisingly tame.

“What have I not been asked to do?” she said. “I can’t say taking off my clothes because that can be part of any photo shoot. One time I was asked to bake cupcakes. Like decorate cupcakes for a fashion shoot… That’s a weird one.”