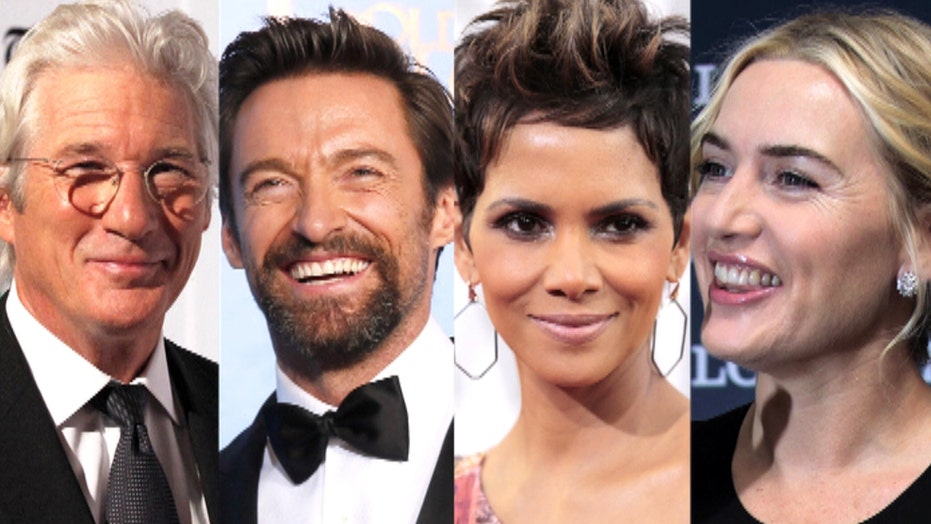 A-listers not promoting movie they starred in

There are a dozen A-listers in the raunchy comedy “Movie 43,” but none of them are promoting it

LOS ANGELES – It has one of the most star-studded, A-list casts to hit the big screen since "Cannonball Run."

So why on earth is the Farrelly brother’s raunchy comedy “Movie 43” slipping quietly into theaters this weekend with almost zero fanfare or promotion?

“Movie 43” is being billed as an “outrageous ensemble comedy” not appropriate for the “easily-offended” given its “jaw-dropping, sometimes shockingly disturbing but always entertaining intertwined storylines you’ll have to see to believe.”

But “Movie 43” has had no official press junket or press screenings to allow for reviews and pre-coverage.

“I don’t know what is happening with this one. It is not being screened for press at all,” explained Matt Atchity, editor-in-chief of the film review aggregation site, Rotten Tomatoes. “The conventional wisdom is that this is typically how a studio acts when they know they will have a stinker on their hands.”

It is also conventional wisdom that films released in January are the worst of what studios have to offer. Even with such an A-list lineup.

However, director Peter Farrelly insists that the studio and the stars are one hundred percent behind “Movie 43.”

“If they were trying to hide it, would we be here? AK-47’s are controversial, not this movie,” he told FOX411's Pop Tarts column ahead of Wednesday night’s Hollywood premiere.

Perhaps it’s the controversial content? The trailer features Anna Faris asking her lover to poop on her, Kate Winslet questioning “the balls” hanging from Hugh Jackman’s neck, and Halle Berry blowing out the candles on a blind boy’s birthday cake as a fun “dare.”

And that’s just the trailer.

The filmmakers vehemently insisted that it was never their intention to “shock,” saying the famous faces who signed on did so because it wasn’t a script that was ordinarily offered to them, as stars of their caliber simply “never get to do these kinds of comedies.”

In addition, it only involved a couple of days work. But it didn’t look like the stars thought their involvement merited them promoting the film on entertainment programs or in magazines, or even showing their faces at the premiere.

While lesser known stars Common and Chloe Grace Moretz, also featured in “Movie 43”, worked the red carpet on Wednesday, the bigger names attached were nowhere to be found.

Getting the production off the ground was a ten-year process which – not surprisingly – encountered a great deal of resistance along the way. According to the New York Post, “South Park” creators Trey Parker and Matt Stone were initially attached but dropped out, and Charlie Wessler – the Farrelly’s longtime producer partner – also admitted that “a lot of agents were terrified of this thing.”

Producer John Penotti also noted that on the financing side, they were at one point green lit by a studio and were just days away from filming when suddenly, “the parent corporation took a look at it and, almost unprecedented” and pulled the plug under the guise that it was simply “too outrageous.”

“So we just decided to finance it ourselves,” Penotti continued. “We shot a few of the shorts, and, at that point, Relativity became interested and they showed tremendous grace and foresight and enthusiasm – and we found our home.”