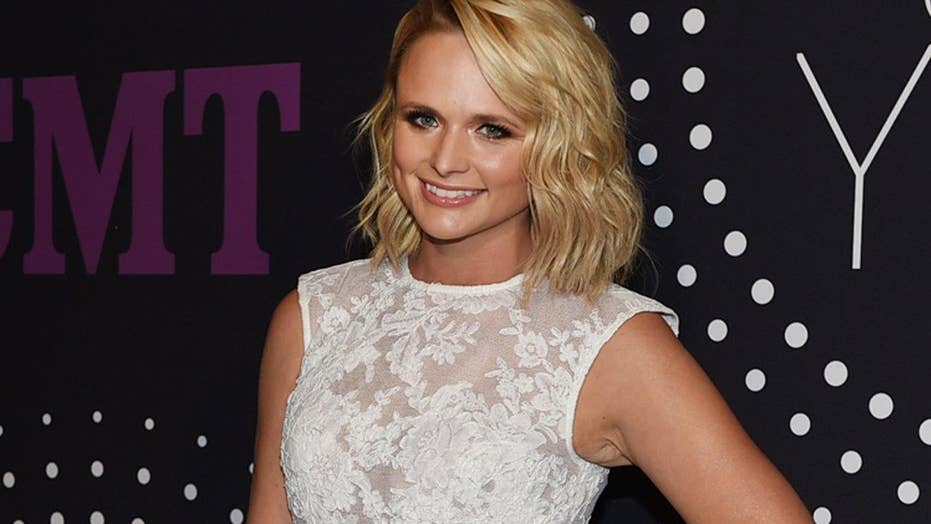 Miranda Lambert played hits, covers and one new tear-jerking ballad during a lengthy acoustic show at City Winery in Nashville on Wednesday night. Maren Morris, Charles Kelley and Collin Raye were among those that made cameo appearances, and each of Lambert’s co-stars on the night showed their scars.

“Scars” is the title of a new song Lambert performed for a sold-out crowd. Her longtime guitarist Scotty Raye wrote it years ago, and the singer says every time he’d play it, she would cry. But she resisted recording the song.

“I was never damaged enough to sing a song called ‘Scars’,” Lambert says, making reference to a lousy year in 2015. Raye, as it turns out, also had a rough year, and the odd couple shared a special sort of chemistry. He’s old enough to be Lambert’s father, but after each song they fist bumped like teammates. It’s not clear if the song will make Lambert’s next studio album.

Nicolle Galyon was seated to Lambert’s right. She brought out Lady Antebellum‘s Kelley to help her sing “It Ain’t Pretty,” a song from "Golden" the male singer says he regrets not releasing as a single. They hadn’t rehearsed the song a playful spontaneity made up for any flubs caused by a lack of rigged rehearsal but both proved to be professionals. Later Galyon sang “We Were Us,” a hit that brought Lambert together with Keith Urban in 2013,and Lambert’s hit “Automatic.” The mother of two recalled writing the latter with Lambert as she pumped breast milk for her newborn. You’ll only find this level of candor in an intimate round like this “Unplugged” Roadside Bars and Pink Guitars Tour Stop.

Lambert’s bestie Ashley Monroe helped her kick the show off with “Heart Like Mine” before closing her eyes to sing Jason Aldean‘s “The Truth.” She wrote the song, she explained, but after hearing her version, that didn’t need to be said. It’s as personal as her most painful ballads, like “Bombshell,” which she closed her set with.

Shane McAnally’s songs may have been the night’s biggest surprise, aside from Lambert’s new tattoo. The songwriter isn’t as well-known for his stage chops, and few know what he sounds like. Buthis fragile version of Kenny Chesney‘s “Somewhere With You” was chilling, and another called “Different for Girls” left the others on stage nodding in approval.

A solo version of “Mama’s Broken Heart” may have been McAnally’s finest moment, however. He explained that the song was inspired by his mother’s relationship with his sister. She was the one who was going through the breakup, and for years Mom hated when Shane told others that story. However,when it became a hit, she warmed up to it quickly. She also inspired “Merry Go Round,” a hit for Kacey Musgraves that McAnally closed his set with.

When Collin Raye came to the stage, Lambert explained that he is a brother to her guitarist, and together the pair performed a well-rehearsed version of the Eagles‘ “Desparado” with Lambert helping on harmonies. It was truly a “Clown car of celebrities,” as McAnally remarked. Maren Morris joined Lambert to sing the tortured “I Wish I Was,” while newcomer Brent Cobb came out to sing “Sweet by and By,” Lambert’s contribution to the "Southern Family" concept album. One gets the sense that other famous singers were lurking backstage, but time simply ran out on them.

Proceeds from Lambert’s City Winery show will go to the Women's Creators Fund and help provide money to a female attending Belmont University in Nashville, majoring in songwriting, entertainment studies or music business. The first scholarship will affect the 2016-17 school year.