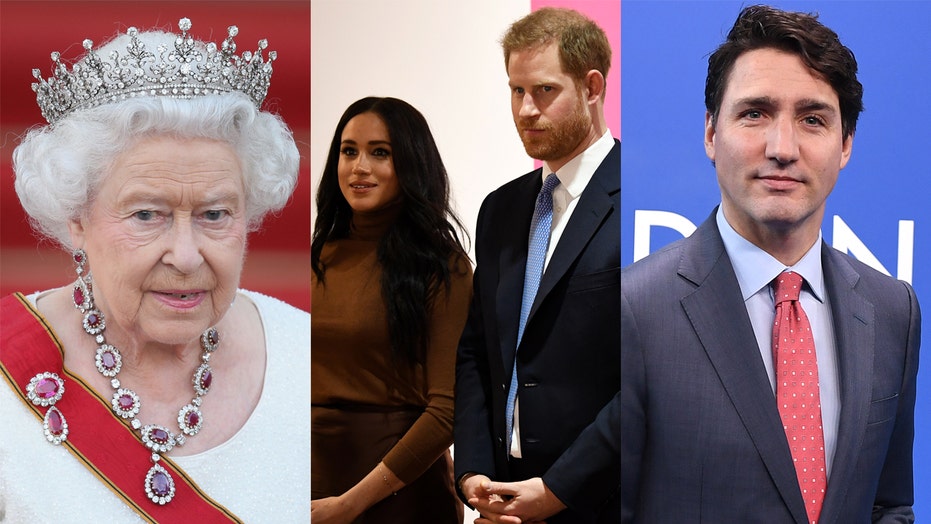 In stepping down as "senior members" of the royal family, the question of who will pay for security for Meghan Markle and Prince Harry is one of many that are up in the air -- at least to public knowledge.

Senior royals are provided with a taxpayer-funded security force by the Metropolitan Police, which Meghan and Harry's website says is "mandated" by the Queen.

“The provision of armed security by The Metropolitan Police is mandated by the Home Office, a ministerial department of Her Majesty’s Government, responsible for security and law & order," the website reads. "The Duke and Duchess of Sussex are classified as internationally protected people which mandates this level of security."

This would appear to imply that the U.K. would continue to provide security for the royal couple, but Prince Harry's desire to become "financially independent" brings the use of the publically-funded security forces into question.

Additionally, it stands to reason that security costs -- which the Police and Palace do not share with the public -- would rise significantly in order to accommodate deploying a detail to North America for extended periods of time.

On Monday, the Evening Standard reported that Justin Trudeau, Prime Minister of Canada, said that "taxpayers in his country should pick up the huge bill for the couple’s round-the-clock protection while they are in the country."

The report also stated that Trudeau "privately assured" Queen Elizabeth II that the safety of Harry, 35, Meghan, 38, and 8-month-old Archie would not be "jeopardized" while in Canada.

DID QUEEN ELIZABETH DROP A HINT THAT MEGHAN MARKLE, PRINCE HARRY MIGHT BE LOSING THEIR ROYAL TITLES

Canadian finance minister Bill Morneau, however, told CBC that there have been no discussions on the matter.

"No, we haven't spent any time thinking about this issue," Morneau said. "We obviously are always looking to make sure, as a member of the Commonwealth, we play a role. We have not had any discussions on that subject at this time."

Regardless of who picks up the tab, security is a very important matter to the royal duo, as Harry's old military comrade told BBC's "The One Show" that protecting Archie was a big reason behind Harry's decision to "step back" from his royal duties.

"Any husband wants to protect their wife and any father wants to protect their children," said JJ Chalmers. "Particularly, he's a very principal individual so when he looks at the way that the media, for example, reacts or how social media talks about someone, he has to answer to his son one day when he begins to understand this and be able to look him in the face and say 'I made the right decision and I did right by you.'"

Chalmers added: "Ultimately, he grew up in the limelight and he knows how this can end if it's not handled correctly."