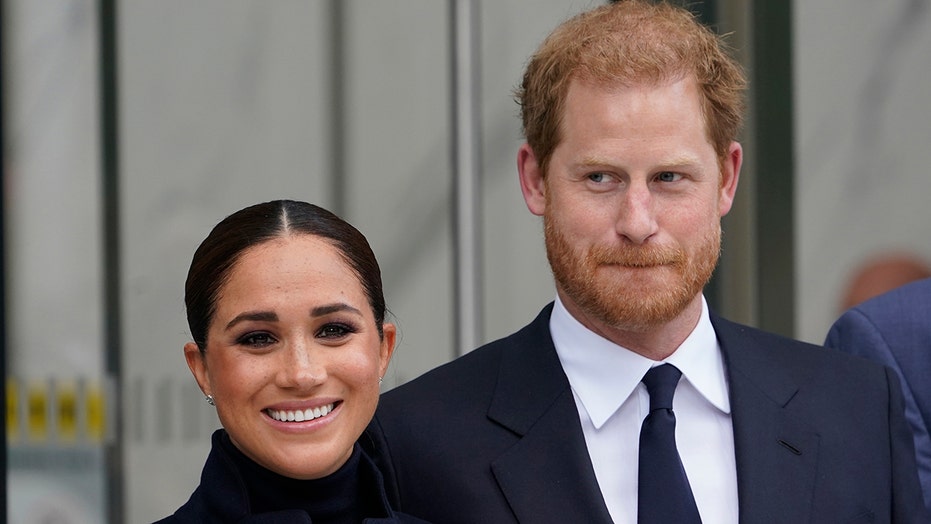 Meghan Markle and Prince Harry are sending their holiday wishes around the world while showing off their family of four for the first time.

The Sussexes released their 2021 holiday card on Thursday featuring the very first photo of their daughter, Lilibet Diana, who was born on June 4.

The virtual card shows Meghan and Harry dressed casually in jeans as they gaze at their six-month-old, who has a smile on her face. Son Archie is seated in Harry's lap.

The couple, who relocated to Santa Barbara after stepping away as senior working members of the British royal family in 2020, revealed that they have made donations helping out several organizations as the year comes to a close.

"This year, 2021, we welcomed our daughter, Lilibet, to the world. Archie made us a 'Mama' and a 'Papa', and Lili made us a family. As we look forward to 2022, we have made donations on your behalf to several organizations that honor and protect families – from those being relocated from Afghanistan, to American families in need of paid parental leave," the card's message reads.

The card was first shared with Team Rubicon, an international non-government organization specializing in disaster response.

Lubomirski shared the card to his Instagram account, writing in part, "To be trusted by your subjects enough, to open themselves up and have their connection documented and translated into an image, is one of the greatest gifts a photographer can have. This day with the Duke and Duchess of Sussex was one such joyous experience, and one that I feel extremely privileged to have been invited to capture. X"

2021 will serve as the second year in a row the Sussexes will be spending Christmas in the United States.

Meanwhile, it was confirmed this week that Queen Elizabeth has decided to cancel her traditional Christmas plans at her Sandringham estate in eastern England for the second year in a row.

Fox News can confirm the monarch, 95, will instead celebrate the holiday at Windsor Castle, west of London, and be joined by members of the royal family.

Buckingham Palace said the queen's choice "reflects a precautionary approach" as the COVID-19 omicron variant continues to spread across the U.K.