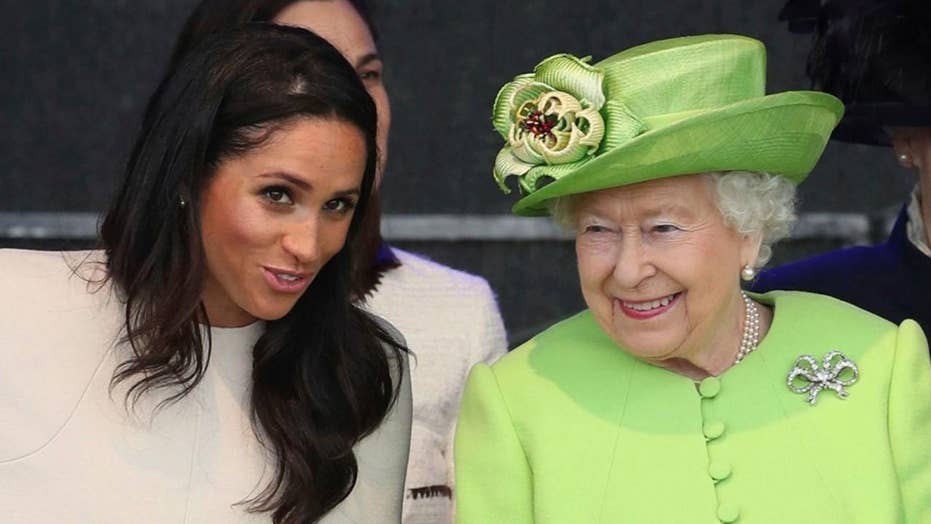 The royal couple recently concluded a working trip to Morocco, where they spent three days with a packed schedule that included a visit to Mohammed VI, the King of Morocco, and his sisters Princess Lalla Hasna and Princess Lalla Meryem, meeting with some of the country’s young entrepreneurs and visiting the Royal Equestrian Club to meet the horses that work with disabled children, among other activities.

But despite the fact Markle is nearing the end of her pregnancy — she’s said to be due sometime in April — the actress-turned-royal hasn’t let her growing baby bump slow her down.

In roughly a week’s time, Markle visited New York for her baby shower then flew back to London, before boarding a plane to Morocco for the trip which was “at the request of Her Majesty’s Government,” Kensington Palace said ahead of the event.

All of the activities — plus Markle’s apparent stamina — has impressed the Queen so much that she may bestow them with a rare honor: a thank you note.

Britain's Prince Harry and Meghan, the Duchess of Sussex, are greeted by Princess Lalla Meryem of Morocco second left and Princess Lalla Hasna of Morocco, at the residence of King Mohammed VI of Morocco, on the third day of their tour of Morocco, in Rabat, Monday, Feb. 25, 2019. (Yui Mok/Pool Photo via AP)

“The Queen is amazed by the duchess’s energy and stamina given that she is so heavily pregnant,” a royal source told Vanity Fair. “For the Queen and her generation, you generally hid your bump and put your feet up in this stage of pregnancy, but Meghan hasn’t stopped.”

As a result, “there may well be a letter waiting for the duke and duchess when they return,” the source went on. “She respects hard work and loyalty above everything.”

The publication also reported that courtiers working alongside the royal couple have also taken note of Markle’s hard work, reportedly saying she has “some serious stamina.”

While a thank you note from the Queen is seemingly a simple gesture, she doesn’t normally praise or thank her family for what she considers to be “regal duty,” the magazine reported. 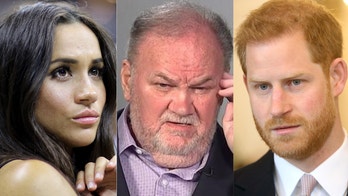 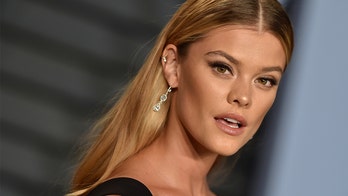